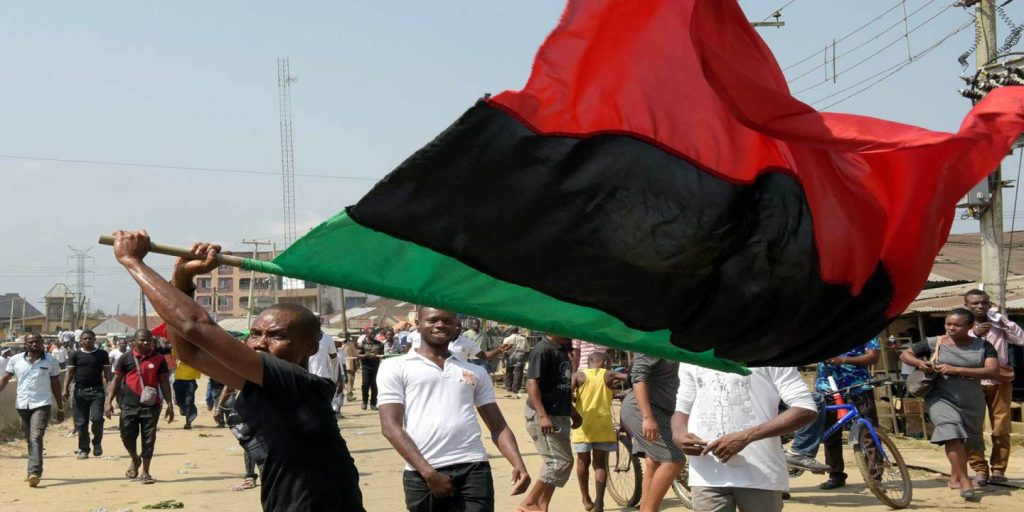 President Muhammadu Buhari has been lambasted by the Biafra Zionists Federation, BZF, one of the groups seeking secession from Nigeria.

The group’s anger stems from Buhari’s statement through his aide that he will not allow the country to be restructured.

This comes after some socio-cultural groups and individuals, including the Ohanaeze Ndigbo, the Afenifere, the General Overseer of the Redeemed Christian Church of God, Pastor Enoch Adeboye, among others knocked Buhari over his stance on restructuring.

Recall that in a statement by Malam Garba Shehu, the Senior Special Assistant to the President on Media and Publicity, Buhari said his administration will not succumb to threats and undue pressure over the matter.

Reacting to the development, self-acclaimed President of the BZF, Barr. Benjamin Onwuka said they had always insisted that it was Biafra or nothing.

In a statement made available to journalists in Enugu on Tuesday, the separatist leader said “we have always laughed at those who are thinking that anything will come out of restructuring.

“We knew that there is no road there; what are you even restructuring- the forced entity called Nigeria?

“The Buhari government has given them over dosage of disappointment. I wonder whoever told them that this government will restructure anything.”

“However, all hope is not lost; it is now time for all our people to join the Zionists as we look forward to the declaration of Biafra by November 3, the election night of the United States of America.

“I am informing all Biafrans not to despair but rejoice as our diplomatic engagement with the United States of America under President Donald Trump has become fruitful.

“The cabinet as I announced earlier remains intact, and shall take effect on the said day,” he boasted.

Presidency Begs Nigerians to Calm Down