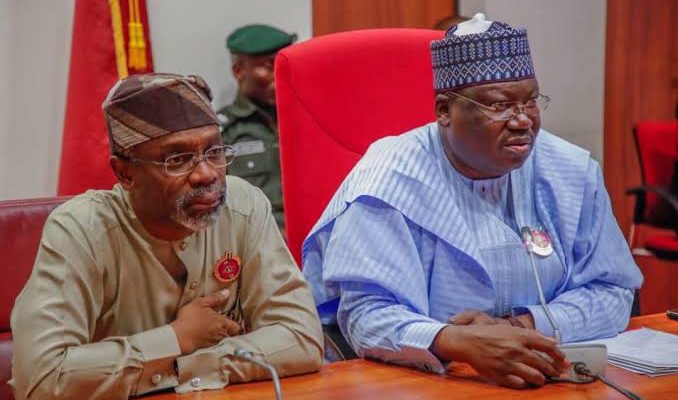 According to The Nation, the Senate President Ahmad Lawan has stated COVID-19 protocols would be fully observed during presentation of the 2021 Appropriation Bill to a joint session of the National Assembly on Thursday by President Muhammadu Buhari.

He said many most of the President’s aides, who are not directly involved in the budget process, would not be admitted into the Chambers.

He said that those who would not be admitted may however join the session virtually.

Some Governors, Ministers, top presidential aides and leaders of the All Progressives Congress (APC) had accompanied the President to present the budget in the past.

Lawan made these remarks following a motion by the Senate Leader, Yahaya Abdullahi (Kebbi North), on the floor of the Senate titled: “That the Senate and House of Representatives do sit in a joint session to receive an address by Mr. President Commander-In-Chief, President Muhammadu Buhari, GCFR on Thursday, 8th October, 2020 at 11.00am on the 2021 Appropriation Bill.”

The Senate President said that the presentation will last for roughly one hour.

According to him: “The joint session normally takes place in the chamber of the House of Representatives.

“It is going to be the same. It will take place there but by this time around because of the situation of COVID-19, we have made arrangements to observe social distancing in the Chamber.

“We also have to wear out face masks mandatorily. We are going to also abridge the entire event because we will be many there.

“So the entire event will last just about an hour. From the entry of the President into the chamber and addresses and the presentation and laying will be just an hour event so that we are able to comply with the requirements of the COvID-19 protocol.

“Mr. President too, this time around, will not be accompanied by many people on the entourage.


“Only few people – very key and relevant to budget – will accompany Mr. President into the Chamber.

“I think by the arrangement those of them that have little to do with the budget will join virtually what will happen.”

Herdsmen Flee As Amotekun Arrests Over 100 Cows For Open Grazing...

Family Fights Over Who Should Be Paid Compensation for 19-yr-old Son...