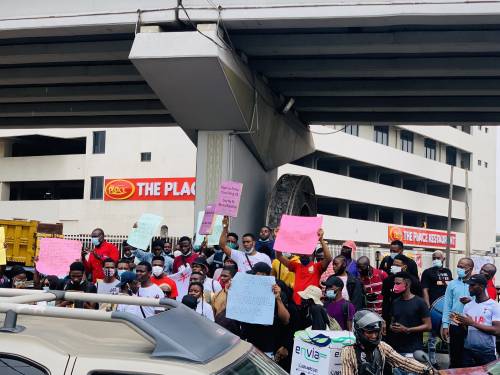 Nigerians protesting against SARS in Lagos

Nigerians living in Lagos state have began a three-day protest against the Special Anti-Robbery Squad of the Nigeria Police Force.

The residents are demanding for the scrapping of SARS.

The protest is part of the push for the reform of the police system to put an end to the extra-judicial activities of the agency.

The protesters said the action will hold from Wednesday through Friday with a march to the Force Headquarters, Ikeja, Lagos, as well as the Lagos State Government House. 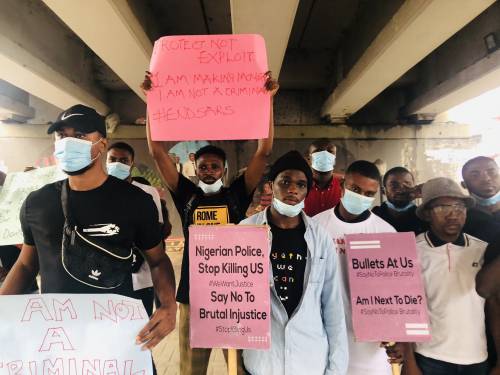 Other demands include “public enquiry on the activities of the unit in the past one year, compensation to be given to verifiable victims both dead and alive, tags on all policemen with names and job details, no police officer should be found in civil wear while on duty with a gun, police should stop going around in unidentifiable cars or buses and digital mediums for tracking cases with the police.”

Recall that musician, Azeez Fashola popularly known as Naira Marley, proposed a similar #ENDSARS protest but chickened out and cancelled it at the last minute. 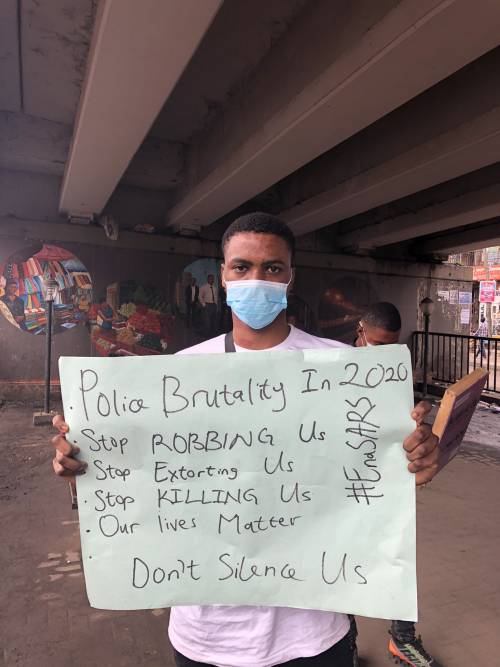 Naira Marley then backtracked to condemn the agitation for the scrapping of SARS, describing those calling for its end as robbers.

Amnesty International has recorded about 82 reported cases of SARS brutality from 2017 to 2020.

We are live here at the #EndSARS #LagosProtests starting at the Ikeja Under Bridge Computer Village pic.twitter.com/Xo8tKMyQL7

“As A Lady, It Is Wrong To Live Alone” Youth Advocate...