In what will come across as a really startling development, a man’s name is trending in conversations among Nigerians on Facebook after his wife went on a group to call him out.

The wife sent a message to the admin of a Facebook group to air her husband whose name is Felix Ogiri and drives a Range Rover.

She stated that he claimed he travelling to Delta State but she has been seeing him around town and knows the hotel where he’s lodged with a woman. She added that their children are at home and can’t go to school because they are owing.

She said she shared the message in the group because her husband is a member and she wants him to see it.

Nigerians found the post hilarious and have been resharing it on Facebook. Some men named Felix have come out to extricate themselves by revealing they are not the Felix being called out. 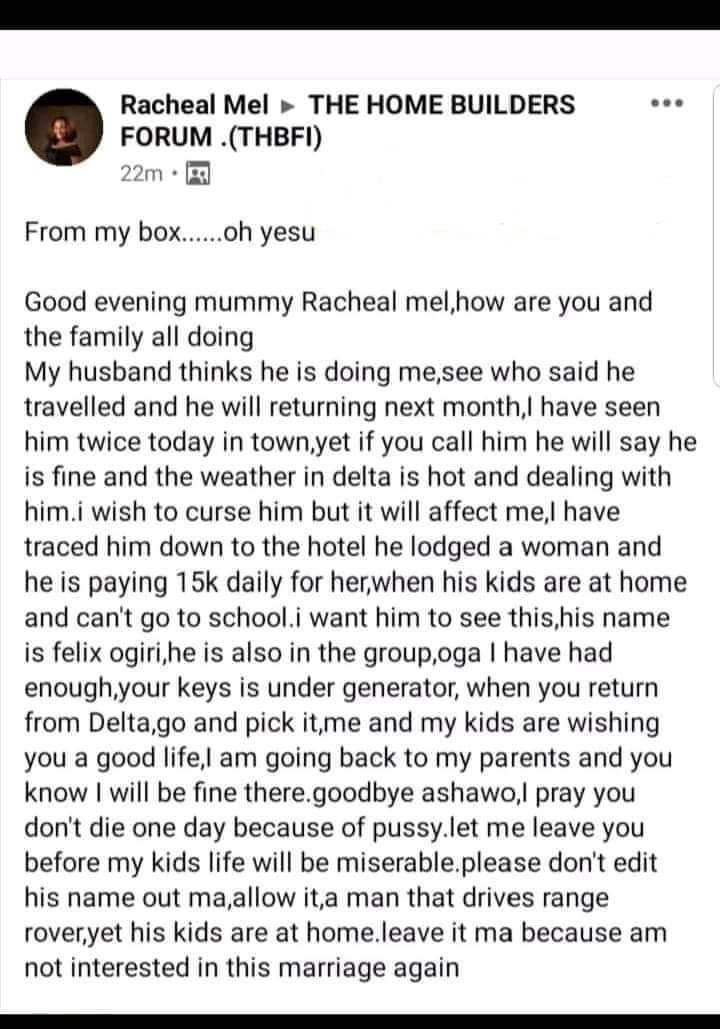 Laycon’s Fan Cuts Off His Dreadlocks Of 10 Years To Celebrate...