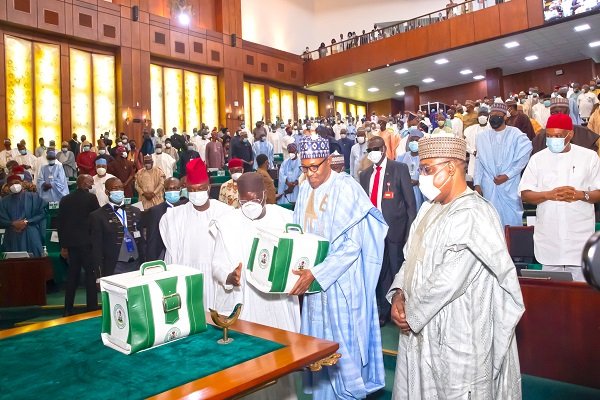 President Buhari at the senate

1. Tax Expenditure statement for 2021 to be published. It will contain tax exemption, incentives and rebates. It’s the first time the document will be published in the country.

3. All Federal staff not captured under the IPPIS scheme will no longer collect salaries as they will be regarded as ghost workers. Members of the Academic Staff Union of Universities (ASUU) are opposed to the IPPIS platform being used to pay their salaries and have refused to enrol on it.

4. Buhari identify revenue generation as a major challenge of government. He wants the lawmakers to examinerevenue sources and expenditure.

5. Over 800 kilometers of roads for construction across the country under the tax rebate and incentive.

Only University Lecturers On IPPIS Would Get Salaries – Pres.Buhari