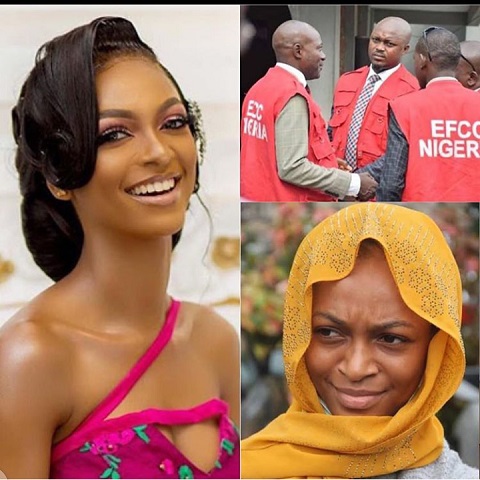 Recall that Adeherself was re-arraigned yesterday for alleged internet fraud before Justice Sherifat Solebo of the Lagos State High Court sitting in Ikeja.

One of the counts reads: “That you, Adewale Adedamola Rukayat, Lasisi Wasiu Adeleke, ( still at large) Sodiq Adeleke( still at large), between the 17th day of April 2020 and 24th May 2020 at Lagos, within the jurisdiction of this Honourable Court, with intent to defraud, attempted to obtain the sum of $6,000( Six Thousand Dollars) from Joseph Rumoro on the representation that the sum is meant for procurement of passport, visa and tax, which representation you knew to be false.”

Another charge reads: “That you, Adewale Adedamola Rukayat, between 29th day of April 2020 and 30th day of April 2020, in Lagos, within the jurisdiction of this Honourable Court, retained the control of the aggregate sum of N7, 876.000( Seven Million, Eight Hundred and Seventy- six Thousand Naira) in your Guaranty Trust Bank account number 0240818624, which you knew to be proceeds of various internet and cybercrimes.”

She pleaded not guilty to the charge when it was read to her.

In view of her plea, the prosecution sought to present his first witness, Orie, against the defendant.

Led in evidence by the prosecution counsel, S.O. Daji, the witness told the court that the bank received a letter from the Commission, asking for the statement of account as well as the account opening package of the defendant, which is sent to the Commission.

Consequently, the prosecution counsel sought to tender the documents, which were admitted in evidence by the court.

The case was adjourned to October 26, 2020, for the continuation of trial.

Tanker Explodes While Offloading Diesel In A Petrol Station In Anambra...