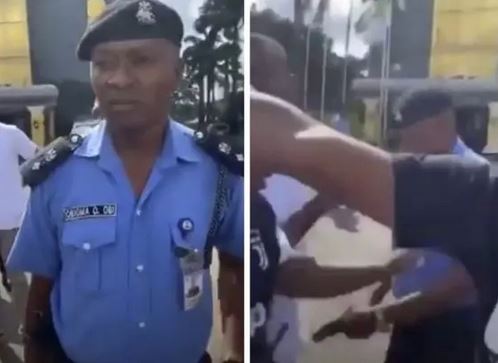 Shock As DPO Brings Out Pistol To Shoot Protesters In Owerri, Imo State


Today, October 8, there has been a nation wide protest, as youths from different states stage protests against police brutality and SARS.

The youths asked the policeman why he punched the young protester, the DPO brought out his pistol to shoot all of them .

The sad video has been making ground on social media, as Nigerians calls for the immediate arrest of the police man.

Happening now at the #EndSARSProtest in Owerri, Imo State.

There’s police brutality happening even during the peaceful protest.

So Sad! Man Dies After Being Set Ablaze By His 18-year-old...

Chinese Loan: Selfishness Of Some Lawmakers Has Put Nigeria Into Jeopardy