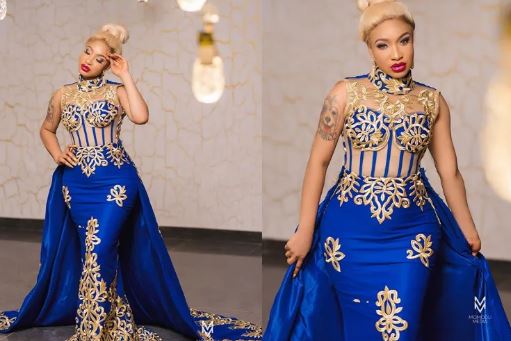 Popular Nigerian actress, Tonto Dikeh has stated that it is better for a woman to leave an abusive marriage than stay and be killed.

The divorced mother-of-one, said this while admonishing mothers on what to do if their daughters leave an abusive marriage.

According to her, parents should stop discriminate or turn their backs on their daughters who have suffered abuse in their marriages when they return home.

She said such a daughter should be welcomed home with open arms, as it is better to be alive than die in marriage.

This is so because, most African parents are fond of pushing their daughters away with their actions and words when they come back from a failed marriage. 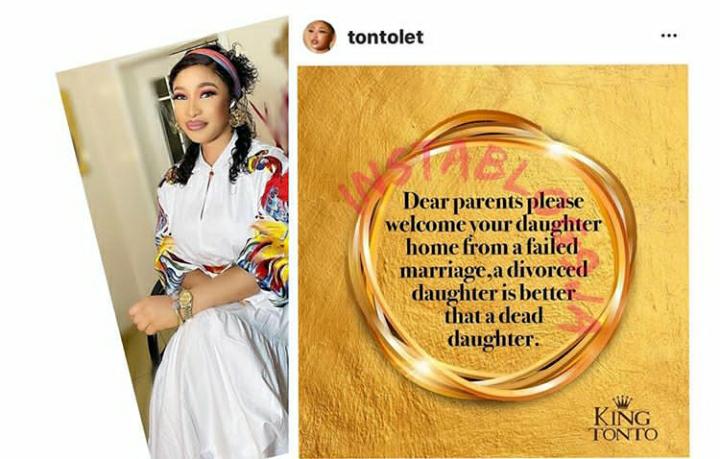