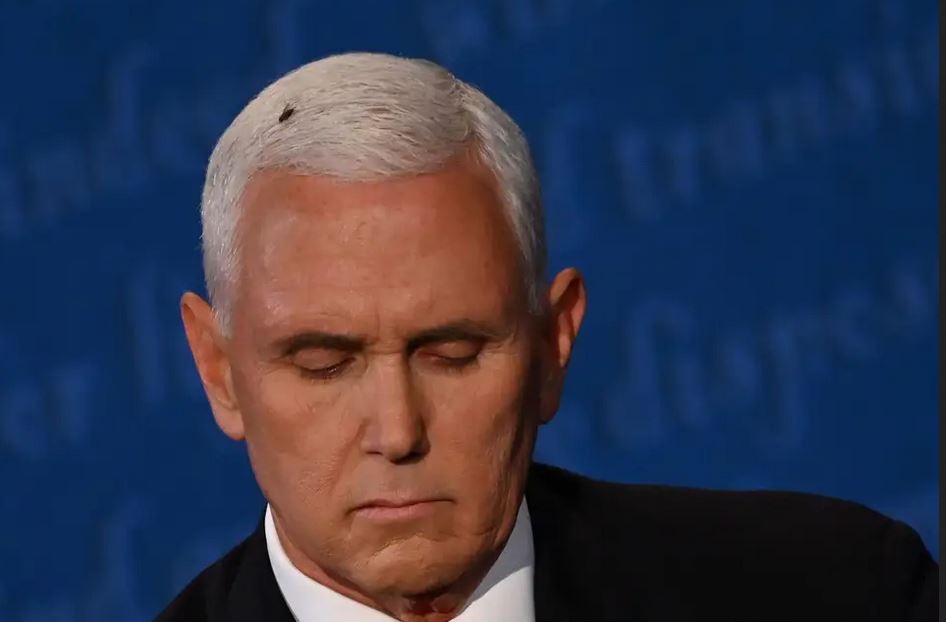 Fly which landed on Mike Pence’s Head, stole the show at the heated debate between the two US Vice Presidential candidates.

The house fly landed on Republican Mike Pence’s head during the US vice presidential debate as he discussed the serious matters of racial tension and police violence in the United States.

However, while he didn’t notice the bug on his white hair, social media certainly did, as several hilarious meme are being use to describe the moment.

The fly was quite the distraction for many viewers at the 90 minute confrontation with Democrat Kamala Harris.

The fly has caused buzz on social  media as Twitter account has been create for being what it is.The bug was quickly dubbed the “lie detector”, as it also spawned its own hashtag #fly2024.

During the debate, which was moderated by Susan Page, Pence’s left eye was also noticeably bloodshot and both were quickly picked up on by viewers.