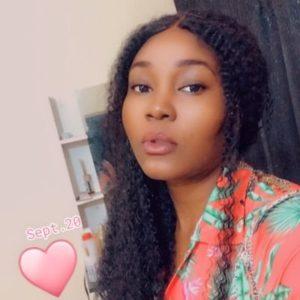 A female online vendor who tried to snatch another woman’s boyfriend after he patronized her business has been exposed.

TheOlviaLife took to Twitter to lament after calling out the online vendor.

According to Olivia, her boyfriend had bought goods from the online vendor worth over 800k which was delivered to her. The vendor, however, continued following up with uncomfortable calls and text.

Olivia, in a series of tweet, wrote, “One of you here, after my man spent over 800k in your business for presents for me instead of you to be grateful to me, you started texting him everyday.

“You say you’re just checking up on him and seeking business advice. Do you check on your mother that often???? Onye oshi”

“I don’t blame you I’m the one that told him I wanted things from your store. I’m not with him anymore but my God will still punish you o”

“Ok maybe this needs to be said: the vendor and my ex didn’t date or whatever. She was texting him things that made him uncomfortable and he brought me in on it then gave me his phone to shut that shit down which I did instantly. We were together 1 more year before we split.”

Revealed! A Military Intelligence Chief Was Among The Victims Of Aircraft...