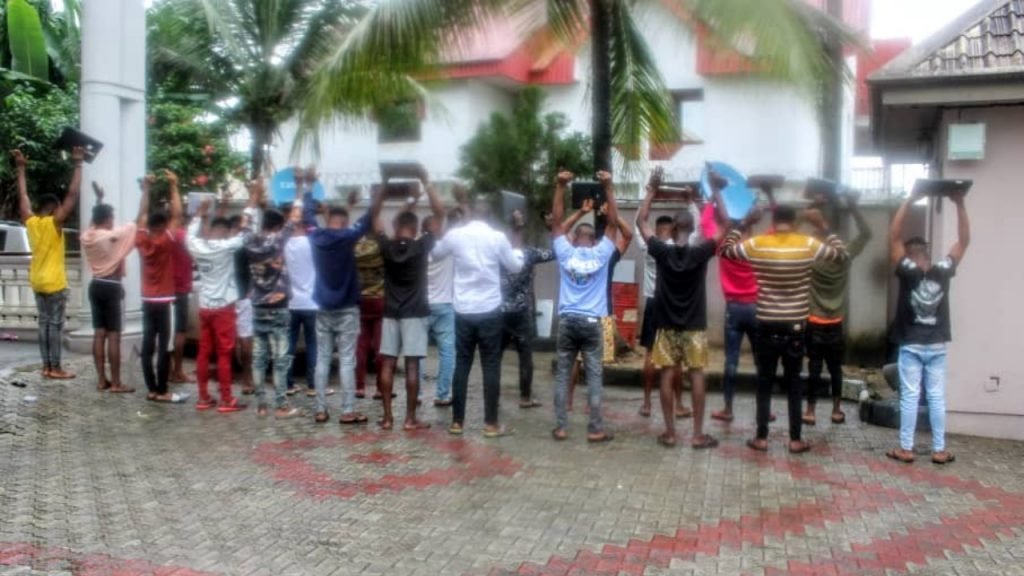 No less than four Nigerians have been sentenced to jail terms by Justice Simon Amobeda of the Federal High Court sitting in Calabar, the Cross River State capital.

Others are Williams Peter Obinna and Okoro Edwin Chigozie.

Judgement was delivered on Thursday.

The Economic and Financial Crimes Commission (EFCC) had arraigned them on cyber crime charges.

Obot and Odok were arrested on September 11, 2020 at their residence at 3 Ring Road, Shelter Afrique, Uyo, Akwa Ibom State.

Williams and Okoro were apprehended on September 8, 2020, at their apartment at “Sight and Services” within “World Bank” area in Ugwuma town, Owerri, Imo State.

While some of them set up various fictitious accounts on Coffee Meets Bagel (CMB), an Asian-American dating website, others impersonated American military personnel, to defraud their victims.

The quartet pleaded guilty to the charges.

Joshua Abolarin, EFCC counsel, informed the court of the plea bargain agreed with the prosecution.

He urged the court to convict and sentence them accordingly.

Innocent Eze, Arit Robert, C. O. Ijom and Friday Solomon, the defendants’ counsels, told the court that the convicts were first-time offenders and prayed for leniency.

Justice Amobeda sentenced Okoro, Odok and Obot to 3 months imprisonment each with an option of N200,000 fine.

Williams was sentenced to 6 months imprisonment with an option of N200,000 fine.

The judge ordered that their mobile phones and laptops be forfeited to the Federal Government.

Outrage As Top Footballer Is Booked For Scoring A ‘Disrespectful Goal’

Husband And Wife Fight Dirty Over N20,000 Tradermoni In Adamawa