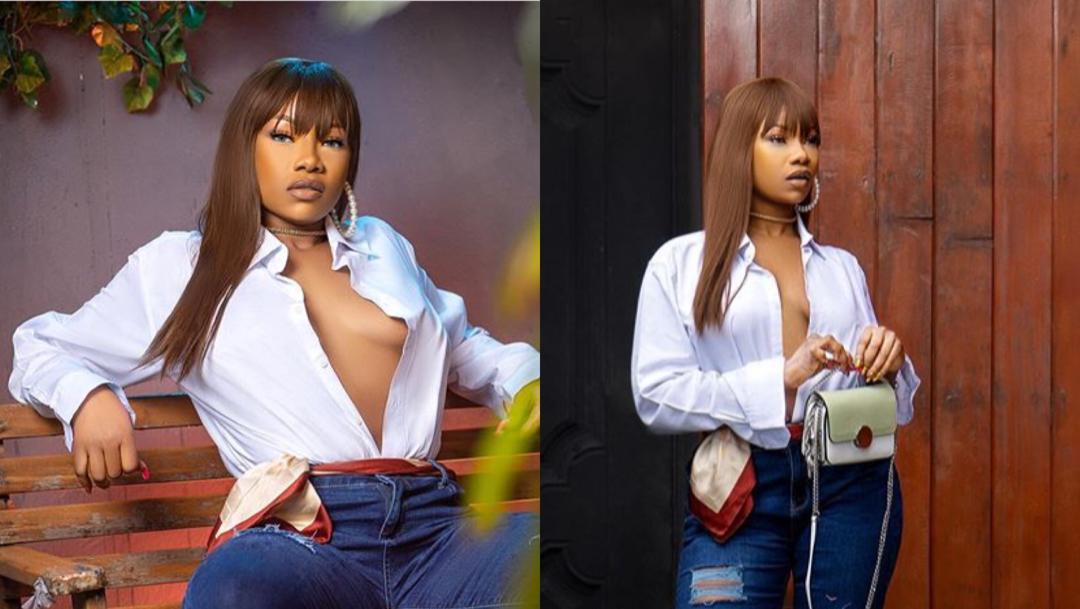 A former Big Brother Naija reality star, Tacha has been slammed after she reportedly faked her participation in the #EndSARSProtest.

According to a social media user, Tacha faked her participation in the protest after appearing with bouncers towards the end of the protest.

“Symply Tacha you are a very dirty smelling Girl, God will punish your father” the man lamented.

He said the bouncers came from nowhere and gave Tacha microphone to talk.

The man was very furious and angry in a video recorded By him, blasting and insulting Tacha for putting up that fake lifestyle.

Before I Fled Boko Haram’s Den, Many Chibok Schoolgirls Were Pregnant...

Senate Orders CBN Governor, DG SEC to Appear Before It for...