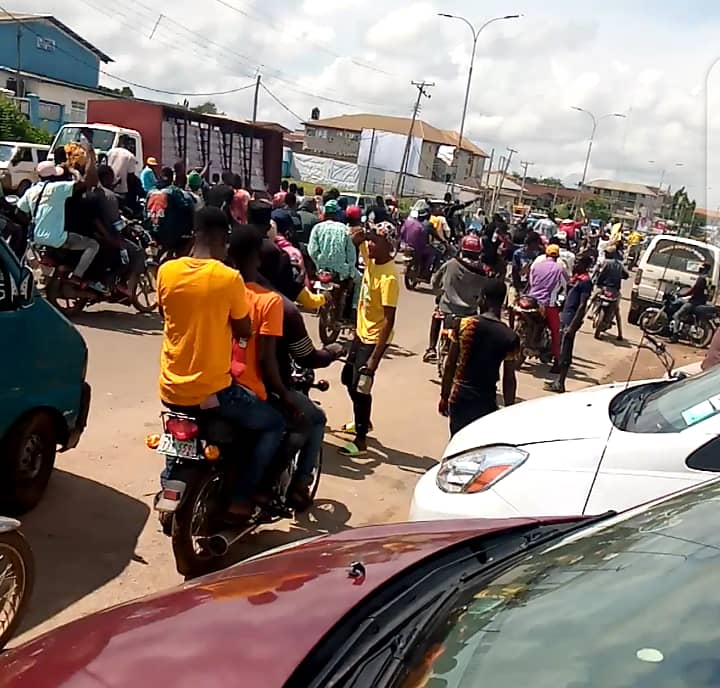 #EndSARS protesters in Osogbo heading to Governor’s Office in Osogbo

The protests started in Osun after some angry youths in Osogbo on Friday stormed the streets of the State capital seeking an end to SARS activities in the State.

digestng - March 3, 2021 0
The Suspect Four suspects have been arrested by operatives of the Ondo state police command for reportedly stealing phones during the inauguration of Governor...

Drama As Kiddwaya Gets Angry With Nengi, Tells Ozo To Tell...

How Police Officers Were Dismissed For Illegally Impounding A Trailer Of...