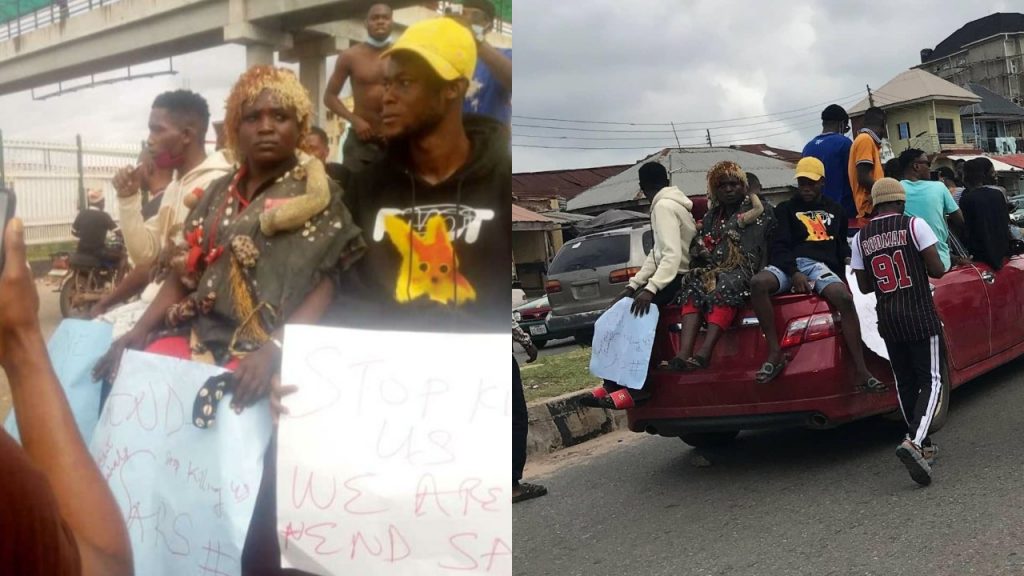 The many protesters who came out in their numbers to stand against police brutality have been spotted all over Abeokuta.

Mostly youths, the protesters who were calling for an end to the the operation of the Special Anti-Robbery Squad (SARS) of the Nigeria Police Force, on Saturday, stormed Abeokuta with charms, Daily Post reports.

As early as 8 am, the protesters converged on Panseke area of Abeokuta, the Ogun State capital.

Some of them were seen with items suspected to be charms, as they dressed themselves like ancient Yoruba warlords.

As they marched round the Abeokuta metropolis, they carried placards saying “#Endsars, #Endpolicebrutality.” 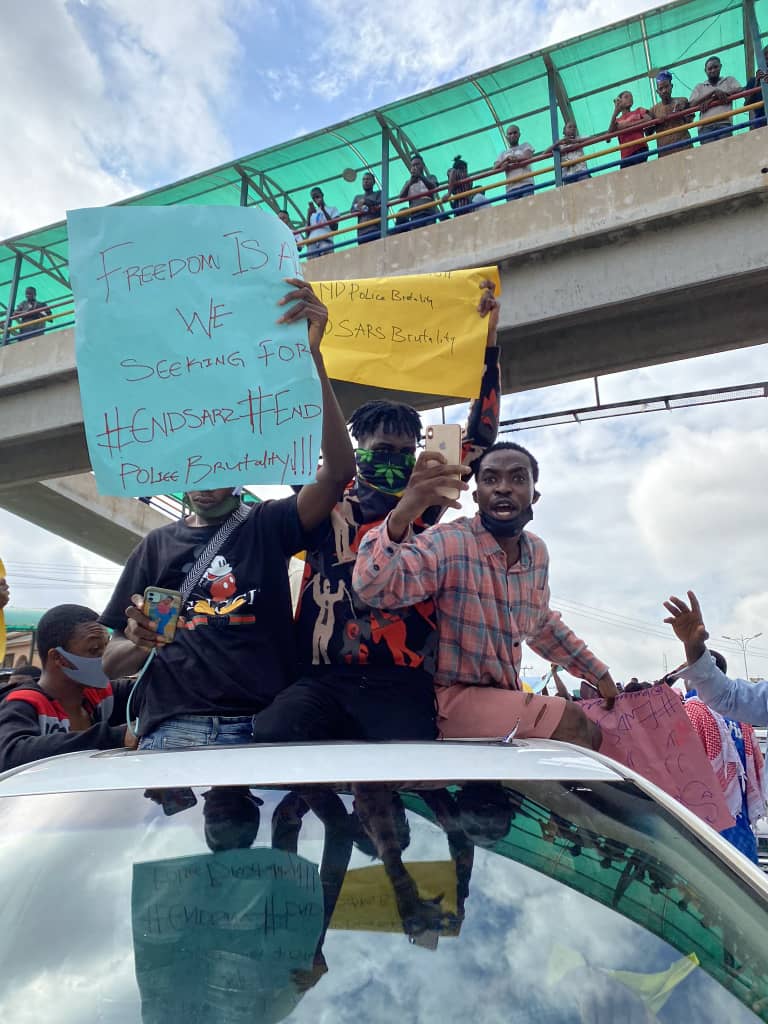 Barricading the road from Panseke to Omida, Isale Igbein, they stopped at Ogun State Government House to express their grievances, but the Ogun State Governor, Dapo Abiodun, was not there to attend to them.

As of time of filing this report, the #EndSARS protesters have moved towards the palace of the Alake of Egbaland, Oba Adedotun Aremu Gbadebo.

DAILY POST reports that policemen from Ogun command were seen supervising the protesters to forestall breakdown of law and order and to ensure the peaceful protest is not hijacked by hoodlums. 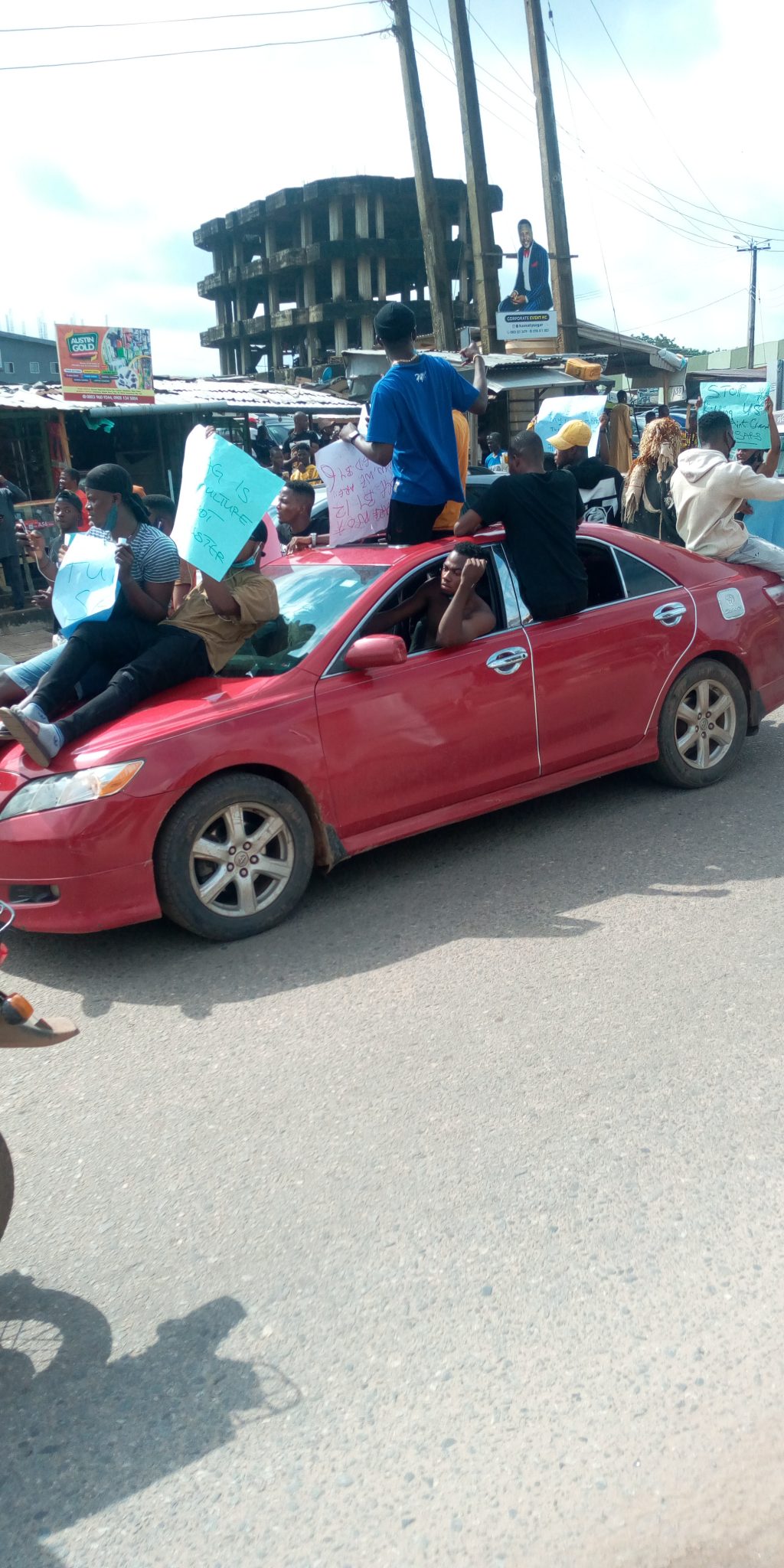 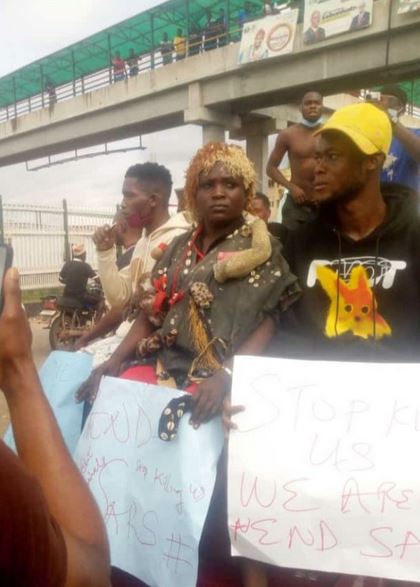 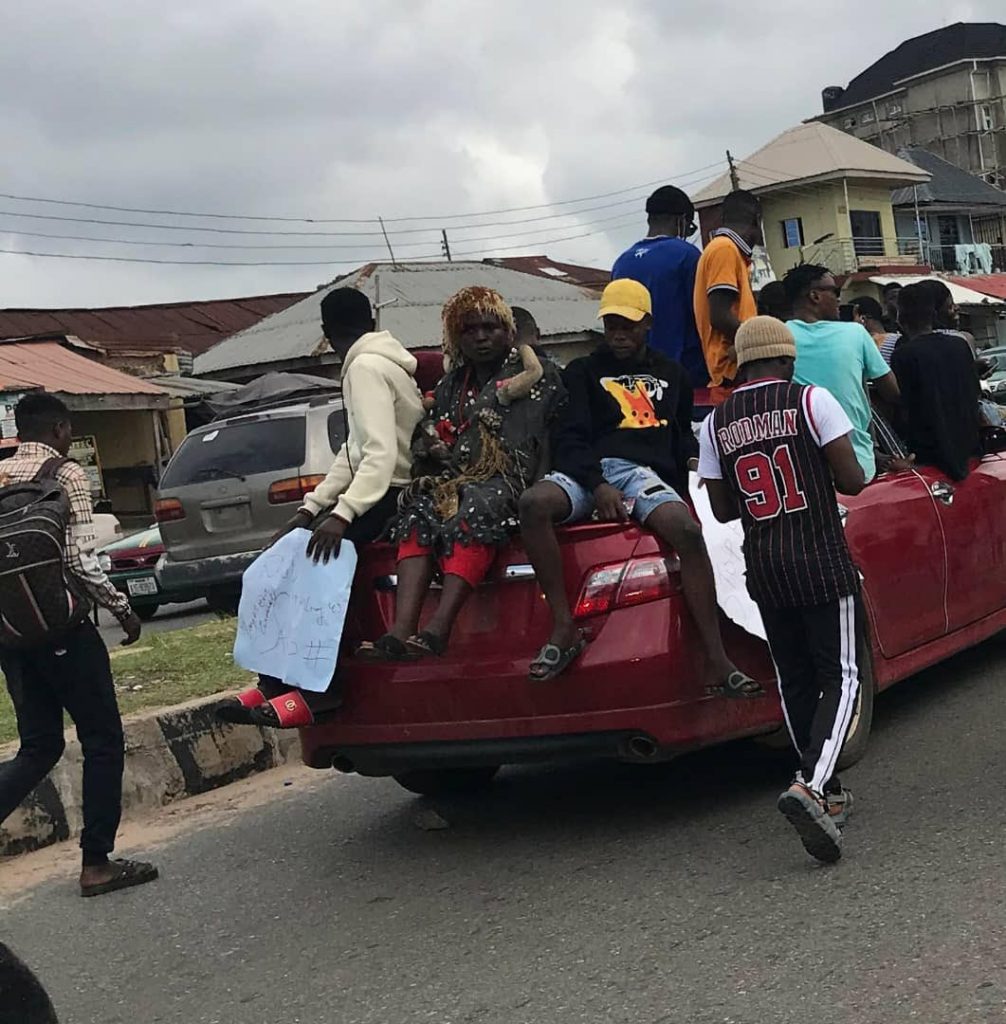