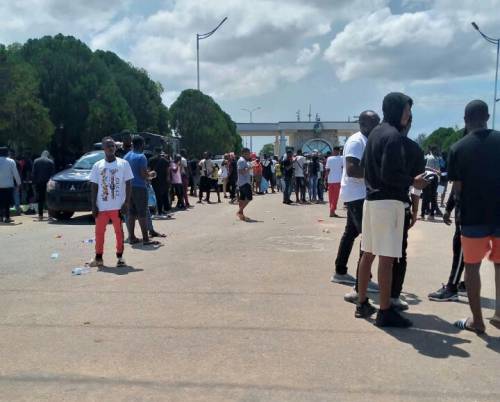 The #EndSars protests have taken a strong footing in Delta state as protesters storm the streets.

The protesters in Delta State have demonstrated in front of the Government House in Asaba to demand the scrapping of the Special Anti-Robbery Squad of the Nigeria Police Force.

The protesters blocked and occupied the entire Anwai Road, which leads to several other communities.

The #ENDSARS protest is also ongoing across several cities in Nigeria despite harassment from the police.