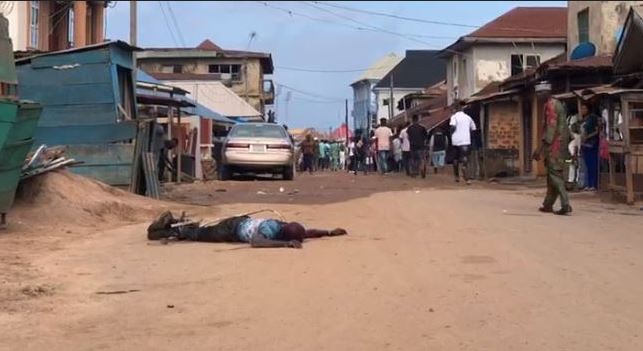 A man who is yet to be identified man has been stabbed at the ongoing governorship elections in Ondo state, The PUNCH reports.

The man was reportedly stabbed by hoodlums at a polling unit in Akure, the Ondo State capital where the governorship election is holding today.

It was gathered that the incident occurred at Ward 4, Polling Unit 002 in the Ijomu part of the Akure South Local Government Area.

Bankole said the victim has been rushed to a hospital, adding that two men have been arrested in connection to the crime.

Kenyan Police Officer Kills His Wife Then Shoots Himself After She...