Jegede, and his wife, Eno, walked into the premises around 9:00am with a couple of aides and supporters. 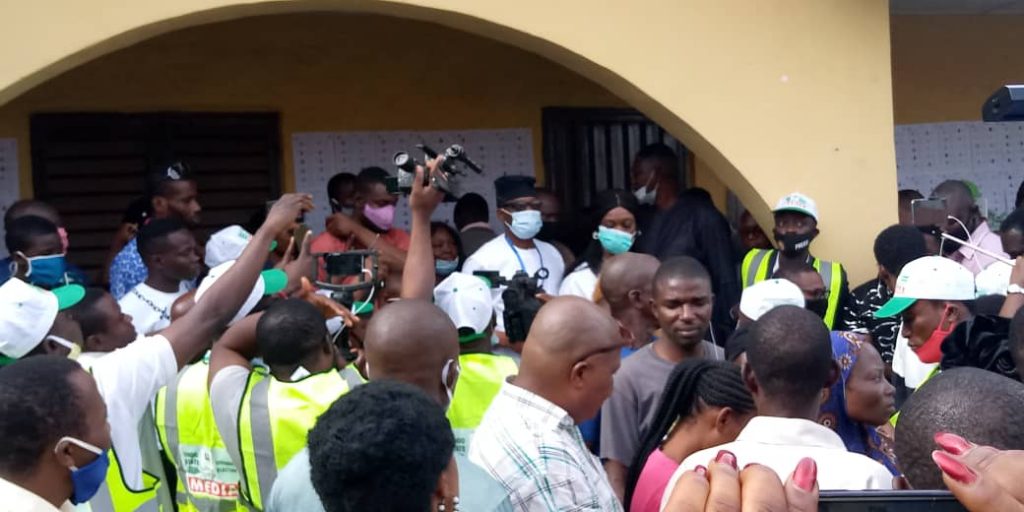 Ondo state has come to a standstill as the governorship election commences to determine who will govern the state for the next four years.

The election began peacefully with impressive voters’ turnout in most wards across the state, according to The PUNCH.

However, The PUNCH observed that there was no social distancing at Sacred Heart Pry School, Ward 2, Polling Unit 10, Akure South Local Government, the polling unit of the Peoples Democratic Party candidate, Eyitayo Jegede.

Jegede, and his wife, Eno, walked into the premises around 9:00am with a couple of aides and supporters.

Although the situation does not suggest the likelihood of violence, there is a massive security presence in cities, towns, and villages.

There is also compliance with the restriction on movement across the state.

Jegede has Governor Rotimi Akeredolu, who is seeking reelection on the platform of the All Progressives Congress; and deputy governor, Agboola Ajayi, of the Zenith Labour Party, as major contenders in the poll.

“We Will Crush You One After The Other”