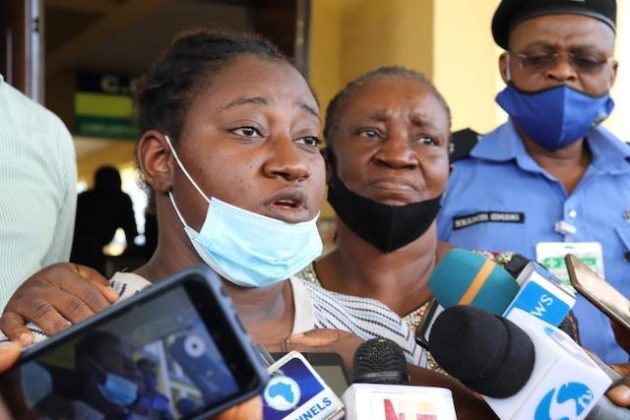 Bisola narrates how she was rescued from kidnappers

Paulette Bisola Ajayi, the young Nigerian lawyer abducted in front of her home in Rivers state last week by armed kidnappers has been rescued.

The lawyer has also narrated how the police rescued her as her abductors prepared to kill her.

Bisola was kidnapped on Sunday in Rivers State and she was whisked away to a forest in the state by members of the same gang, who demanded ransoms from her family.

Speaking out after her release, the Port Harcourt based lawyer, stated that her abductors raised the ransom for her release from N50 million to N300million, after news about her abduction went viral.

“I am a Lawyer. I was kidnapped in the presence of my family members. I was taken to where I don’t know. As soon the news of my Kidnap went viral, the Kidnappers increased their ransom demand from N50 million to N250 million and then N300million. They threatened to kill me if the ransom was not paid before I was rescued.”

She expressed appreciation to the Rivers State Governor Nyesom Wike, Commissioner of Police, CP Joseph Mukan, President of Nigeria Bar Association,NBA, Olumide Akpata, and all those who made it possible to ensure her timely release.

An employee of the British High Commission, Paul Nyulaku, was also rescued in the operation.

Woman Who Bought Lobster Of 23k In Lagos Shocked To Find...