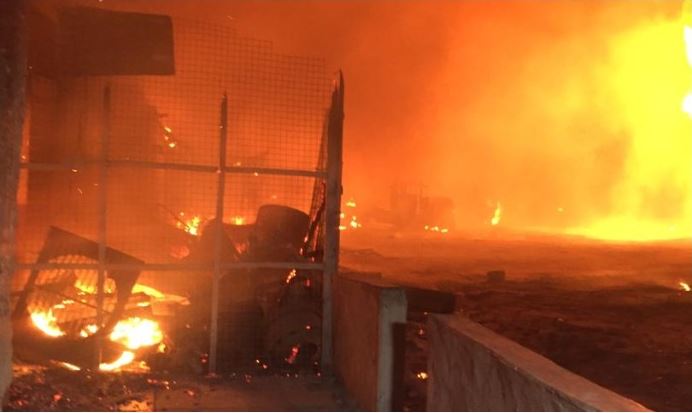 It is not up to three months after about 17 people were feared killed in a tanker explosion at a collapsed portion of the Benin-Sapele Highway, but a similar disaster occurred on the same highway.

The incident occurred on Saturday evening when a gas truck fell into a ditch and burst into flames, The PUNCH reports.

The incident occurred while the truck was manoeuvring potholes on the bad portion of the road at Ugbenu axis, in the Ethiope West Local Government Area of Delta State.

The gravity of the accident could not be ascertained as of the time of filing this report.

The PUNCH, however, gathered that firefighters from the Delta Fire Service have been drafted to the scene of the incident.

Motorists and travellers plying the highway have always lamented the deplorable condition of the road.

Several road users and travellers were always compelled to spend over three hours on a spot, particularly at the Amukpe-Sapele section, as heavy-duty trucks got stuck at some of the failed portions of the highway.

digestng - May 14, 2021 0
Police Arrest Suspects For razing Imo Police Headquarters Four suspects have been arrested by officials of the Imo state police command for their connection...

Man In Serious Trouble After Unleashing His Dogs On A Female...

Nurse Who Is HIV Positive Reveals How She Has Been Keeping...