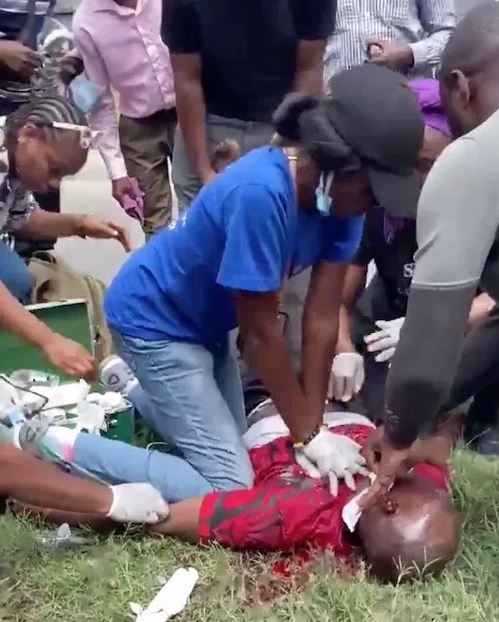 The Lagos state government has debunked claims that an EndSARS protester was killed by a police officer in Surulere on Monday, October 12.

According to a statement released by the Commissioner for Information, Gbenga Omotosho, the man who was killed yesterday was a bystander who wasn’t among the protesters. Omotosho said the man was killed by hoodlums who stormed the Anti-Kidnapping Unit at Hogan Bassey Street, Surulere, to free two suspects standing trial for alleged kidnapping. The hoodlums reportedly killed one policeman and injured two other officers.

Read the statement below;

“The attention of the Lagos State Government has been drawn to reports that an #ENDSARS protester has been killed in Surulere. This is not true.

A group of hoodlums stormed the Anti-Kidnapping Unit at Hogan Bassey Street, Surulere, to free two suspects standing trial for alleged kidnapping. They shot three officers. One of them, Inspector Erinfolami Ayodeji, unfortunately, died. The others are Inspectors Ekein Joshua and Peter Agabi.

The hoodlums, while escaping, fired into the air. A bystander was hit. He also died – sadly.

Governor Babajide Sanwo-Olu commiserates with the families, who lost their loved ones and prays that God will strengthen them.

He urges all those concerned to ensure that these protests do not degenerate further and create room for hoodlums who do not mean well for our society.

The government is working with the Police to ensure the restoration of the peace that Lagos has always been proud of.

Commissioner for Information and Strategy”

digestng - November 24, 2020 0
Bukola Saraki   A former senate president, Bukola Saraki has called on the federal government to act fast after armed bandits killed an imam and...

digestng - November 24, 2020 0
The Failure Of The APC Government Led To Recession - PDP   The Peoples Democratic Party (PDP) has faulted the Buhari-led administration for the current...

Sanwo-Olu Reacts After Being Accused Of Sponsoring Thugs to Disrupt #EndSARS...

‘I Am Leaving With My Life’