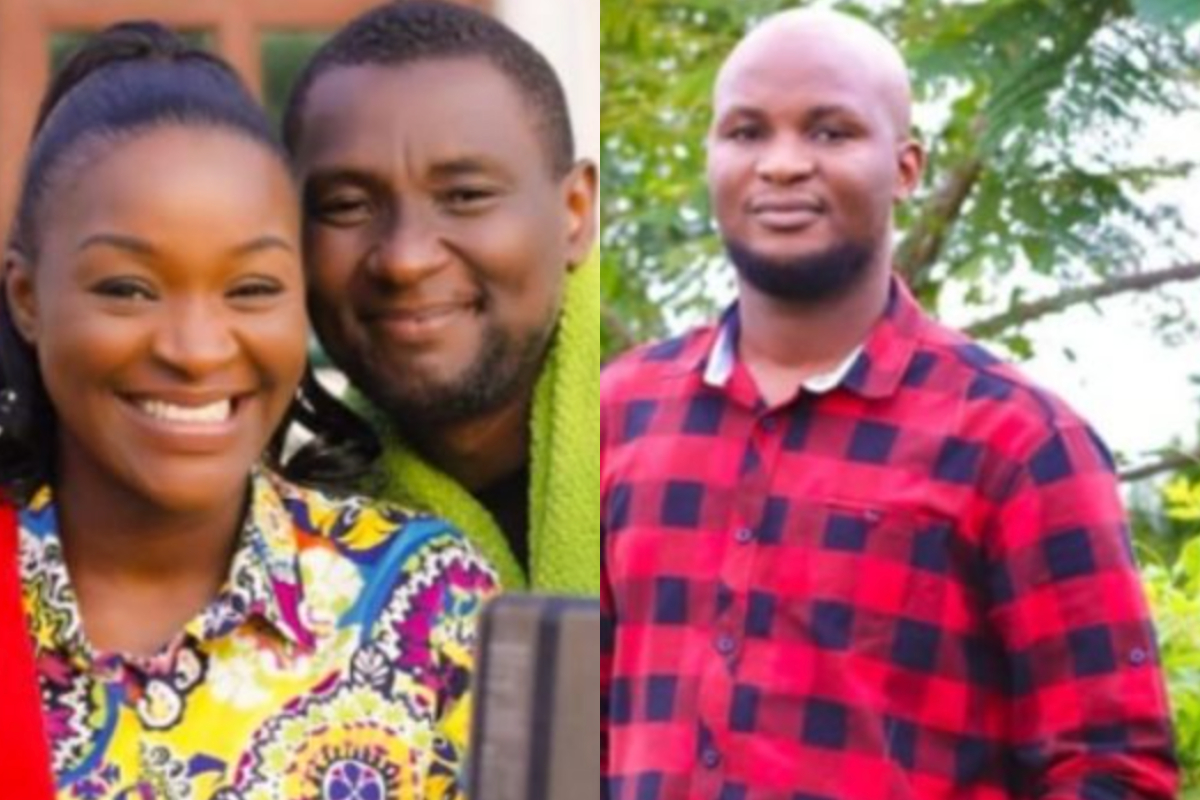 Chacha and husband alongside Aik

Aik Eke, the brother of Nollywood actress, Chacha Eke seems to have given up on her after her latest outburst that he should steer clear of her marriage.

Recall that Chacha had yesterday accused the brother of lying about her current situation as they haven’t even seen each other for over 2years now.

Debunking the 2yrs claims, he posted a photo of himself with Chacha and her children which was taken last year 2019 showing truly that Chacha was lying about not seeing him for 2yrs now.

Now it appears the family members of the actress are washing their hands off her marital issue as it seems she doesn’t want them to meddle in it hence his brother who was trying to fight for her has also given up on her now saying next time he will join the audience and watch her videos and enjoy. 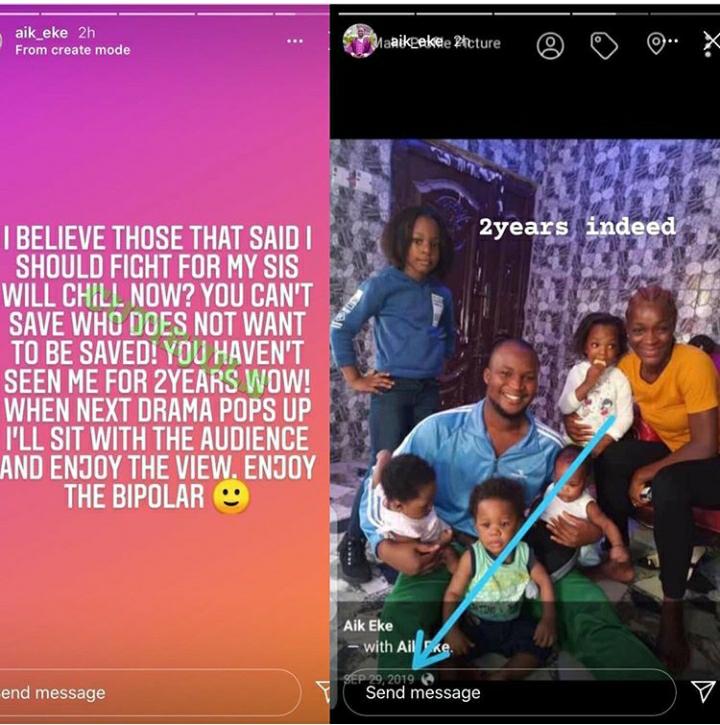