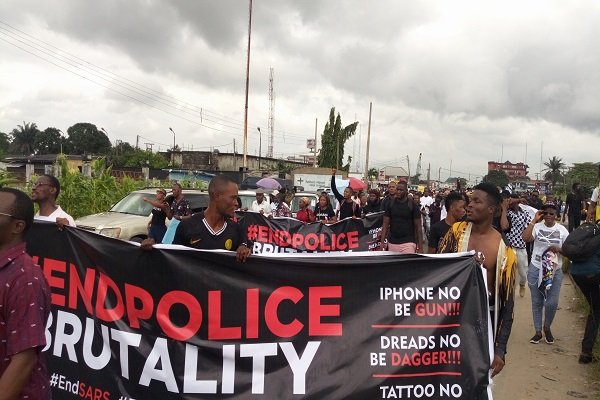 Hundreds of the #EndSARS protesters again took to major roads of Warri and Effurun in Delta continue opposition to the disbanded Special Anti-Robbery Squad (SARS) and the newly created Special Weapons and Tactics unit.

The youths, who caused heavy traffic along the Effurun-Sapele Road and Deco Road in Uvwie and Warri South council areas of the state, demanded total overhaul of the Police.

They bore placards with inscriptions such as “End Police Brutality,” Stop Killing Us,” End SWAT, End SARS,” We said EndSARS, not change them,” among others.

Fani-Kayode Prays For Trump To Win