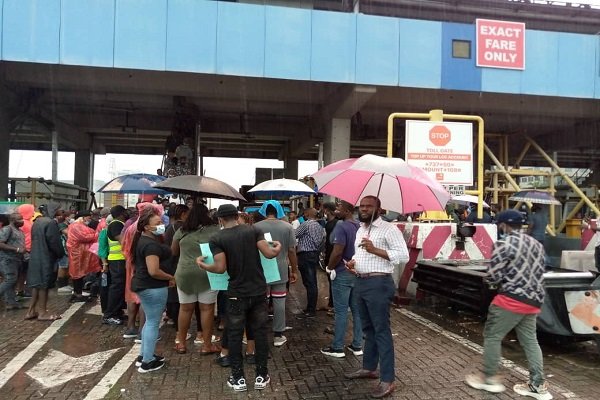 Many defiant #EndSARS protesters have once again shut down the popular Lekki toll gate, The Nation reports.

The protesters, on Wednesday, remained adamant, laying siege on the Lekki toll gate along the Lekki-Epe Expressway.

They stormed the Lekki Toll Gate section of the Lekki-Epe Expressway despite heavy downpours.

Several residents plying the toll gate were forced to return home because of the girdlock.

Court Frees 30 Protesters Arrested In Lagos For Protesting Against FG

End Of The Road! Notorious Criminal ‘Sly’ And His Gang Member...