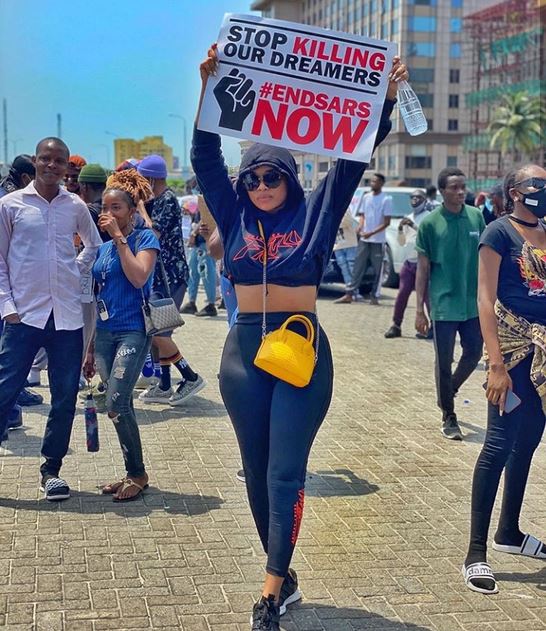 Nollywood actress, Onyi Alexx has dragged a fan who accused her of dressing too sexy to protest against police brutality in the country.

The actress joined the protest, clad in a midriff-baring sweater.

Onyii Alex took offence and replied: “Aunty Ode at least I go protest. Wear your suit go your own. 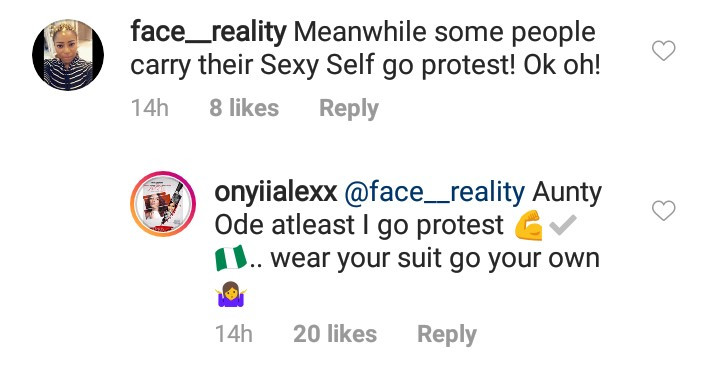 Man Surprises Girlfriend By Engaging Her While She Was Deeply Asleep...

Unmarried Policewoman Dismissed For Getting Pregnant

Mother Of Lady Who Was Shot In The Mouth By Policeman...