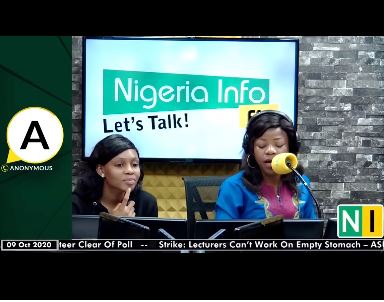 A policewoman who has been in the force for 17 years has narrated her experience stating that despite the number of years she has worked with the force, she has nothing to show for it.

In a video which has surfaced online, the officer revealed that she can boast of nothing despite her service to the nation all because she has refused to accept bribes.

According to her, “no policeman is enjoying and we are paid nothing, our spokesman Frank Mba is just speaking fine English”

The policewoman who has been on the job for 17 years recounts some of his challenges in an interview with Info Nigeria.

The distraught security operative also disclosed that she has been unable to pay her house rent for 3 years and might be sent packing from where she lives in Ikotun area of Lagos.

He also challenged Frank Mba to a debate while pointing out that she can’t train his children in police barracks.

The policewoman added that the #EndSARS protest will do nothing to the rot in the system, as police officers still receive next to nothing while politicians they also protect take huge sums of money home.

She further stressed that the “system” was created to impoverish Nigerians.