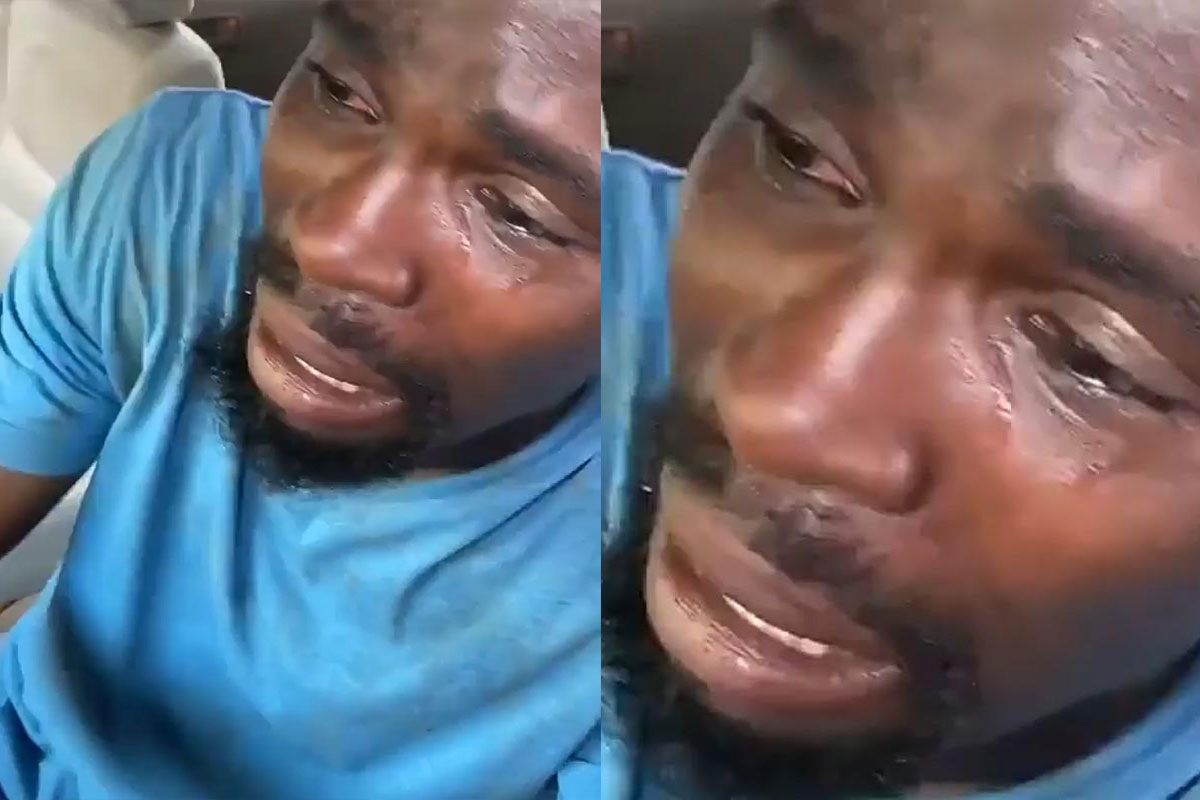 Man cries after his car was vandalized in Abuja

A man has been seen crying profusely in Abuja after thugs attacking #EndSARS protesters vandalized his car on Wednesday.

The man whose identity is yet to be obtained was captured in a video crying uncontrollably while narrating the harrowing incident with sympathizers.

According to the man, he was on his way to go and see his pregnant wife when the hoodlums came to destroy his car.

“I’m so pained mehn! I didn’t deserve this. I didn’t do shit to these guys. Just to find a gridlock here, I’m just going to see my wife. My wife is pregnant, I just wanted to go and see her”, he lamented.

“Instead of Sending Me N50k For Valentine’s Day Shopping, Use it...