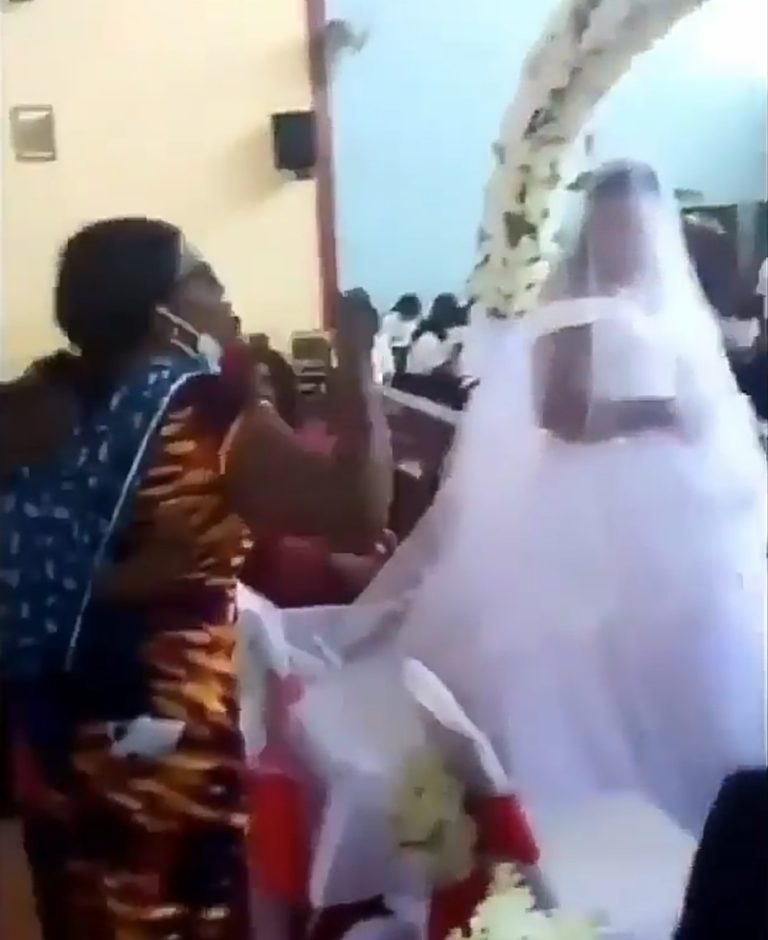 A Zambian man has revealed that he left his wife and children to marry a new wife because she treated him badly when he lost his job.

The groom made the clarification after his wedding was disrupted by a woman who identified as his real wife and mother of his children.

Recall, some days ago, the video of a woman barging into a church in an effort to disrupt an ongoing wedding ceremony went viral.

The groom, who pleaded anonymity, confirmed that he was married to his estranged wife before he decided to marry another wife.

Speaking to Zambia’s ZNBC, he said:

“Yes, there is a life we shared with my ex but things did not work out in the process when I lost my job. She showed me colours that I never thought she would.”

“In the process, I started working with the one I wedded. I am a businessman and we are working together and I disributed the shares equally between my ex and new wife,” he added.

“Before we went to the wedding, I told her please I am marrying this woman and I know it is not easy but she did not understand. I know she was hurt even I was hurt.

“My entire life I have lived a decent life. Those people who know me from business circles and family, I am just a good person who you will find smiling and doing good things.”

“But we did not know we still surrounded by enemies. the photos were still taken and shared on social media.’

He further disclosed that the names shared on various social media platforms are not his.

Watch video of the wedding being disrupted below;

Eating Late at Night Can Cause You These Four Deadly Diseases

Drama As Live Crabs Pour Out Of An African Woman’s Bag...