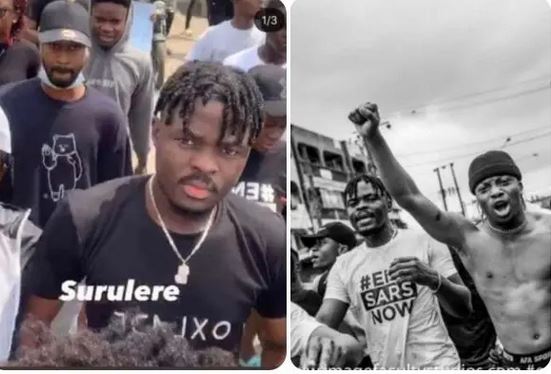 The Surulere EndSARS protest turned bloody after men of the Nigeria Police Force opened fire on the peaceful protesters.

One man was reportedly killed with many injured, as the police clamped down on those demanding a full scale police reform.

In the heat of the protest, Oxlade’s Manager, Ojahbee, was arrested by police officers, but his treatment by the security agents has shocked many.

In the video, Ojahbee can be seen being dragged on the floor and beaten with a stick by the officers.

Watch the shocking video below;

Man Bags 50 Years In Jail For Raping And Impregnating His...