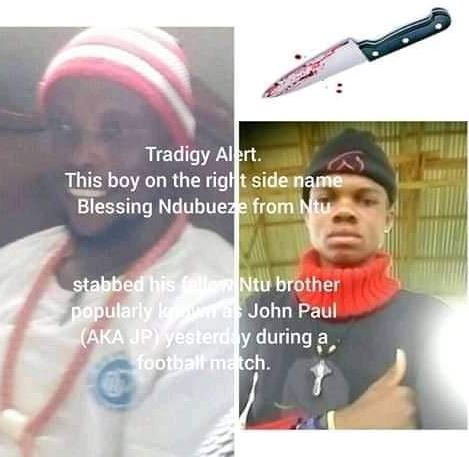 A footballer, Johnpaul Etugha, 37, has lost his life after he was stabbed to death by a 15- year- old boy identified as Blessing Ndubueze during a football match in Imo State.

It was gathered that the incident happened at Ntu Primary School playground in Ngor Okpala Local Government Area of the state on Tuesday, October 13.

According to an eyewitness, the victim, who was on the reserve bench, asked the suspect to stop encroaching onto the pitch but he defied Etugha.

Infuriated, the deceased stood from the bench and reprimanded the teenager but he persisted on encroaching the pitch.

Etugha was said to have taken a stick and hit the teenager with it. In retaliation, the suspect reportedly took a knife and stabbed the footballer in his chest . He died on the spot.

“There is fear in our community. This is unbelievable. The boy used a knife to stab Johnpaul Etugha to death after he (Etugha ) used a stick against him.” the witness said.

Spokesperson of the State Police Command, Orlando Ikeokwu, who confirmed the incident, said the suspect was arrested by operatives from the Ngor Okpala Police Station and he had been transferred to the homicide section at the command headquarters in Owerri.

Ikeokwu added that the state Commissioner of Police had ordered a comprehensive investigation into the incident.

“Oh JP, I know you never chose to go this way. Ogbonde is pained with this sad news of your death. Justice must be done now the fool that perpetrated your death is caught”

Commenting on some of the posts, members of the community claimed that the suspect was notorious and had previously stabbed two other persons.

“This idiot haved stabbed somebody from Umugba, Ntu, Elelem and now Umuogbo. He must surely die by hanging.” said one Andy.

Eke Miriam wrote: “Very heartless boy, he is good at stabbing innocent souls in the name of cultism.” 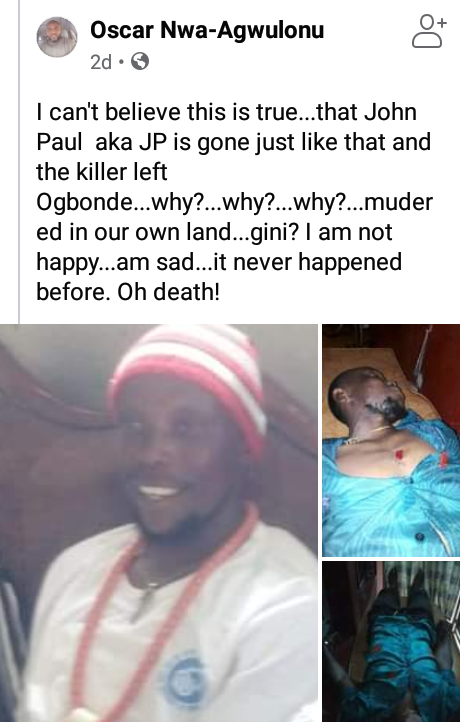 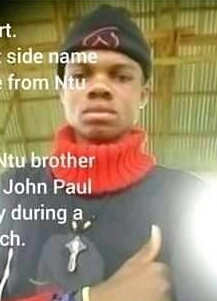 My Life And That Of Other #EndSARS Protesters Have Been Threatened...

Man Kills Huge Python In Bayelsa, Plans To Sell It For...