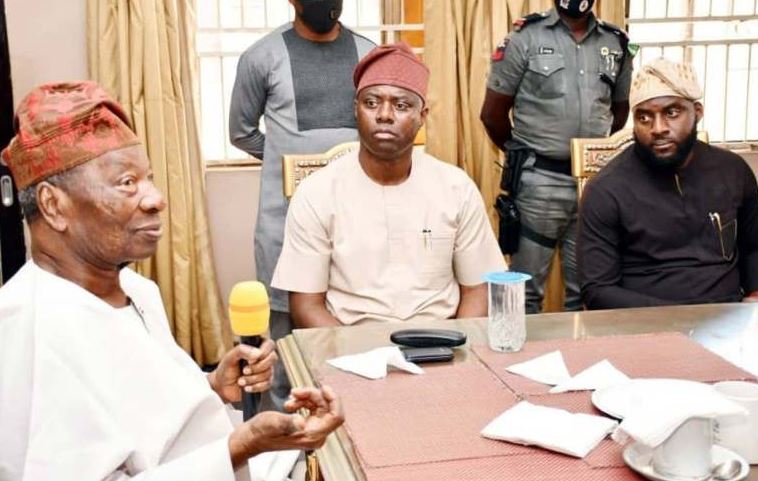 Oyo state governor, Seyi Makinde has ordered for the sum of N100 million to be released for the renovation of Soun of Ogbomoso’s palace which was ravaged during the on-going #EndSARS protest in the state.

Recall that the monarch was attacked after being accused of doing nothing after a student identified as Jimoh Isaiq was shot dead during the #EndSARS protest.

The Oyo state Governor directed the Commissioner for Local Government and Chieftaincy Matters in the state, Chief Bayo Lawal and the Caretaker Chairman, Ogbomoso North Local Government Council to do an assessment and documentation of the vandalised parts of the palace as well as vehicles to determine what would be repaired and those to be replaced.

Governor Makinde who also visited the family of deceased; Jimoh Isaiq, Taiwo Adeoye and Moshood Ganiyu, directed that N1million be given to each of the families. He also urged them to take the untimely demise of their kids as an act of God.

Oh No!! Man Loses Left Eye After Bandits Shot Him During...

‘Agent of The Caliphate’ – Yoruba Nation Agitators Blast Aregbesola Over...