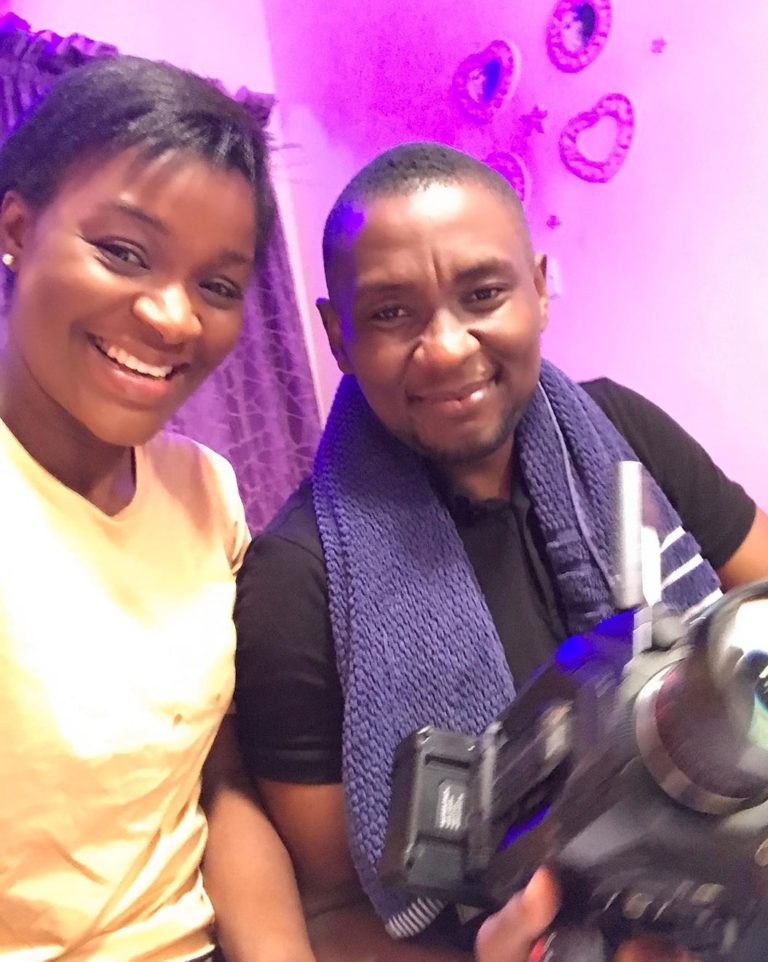 A Nigerian woman has given Nollywood actress, Chacha Eke an important piece of advice over her ongoing marital crisis.

Recall that Chacha had some days ago announced the end of her marriage of 7 years, only for her to later make a u-turn.

She claimed that she was diagnosed with bipolar disorder and was receiving treatment at the Asaba hospital which made her say that her marriage has crashed.

Well, her fans and followers can’t understand why she keeps on posting loved up throwback photos and videos.

Some claim she is trying to confuse her fans while others believe her reportedly abusive husband is rather the one doing that.

_Merci_boo, a fan took to the comment section to urge the actress to come out and clear the minds of her fans before it is too late.

According to her, it’s better to be divorced than be a dead woman.

“Keep confusing ur generations not me.. better speak up before it will be too late. A divorced woman is better than a dead woman.” 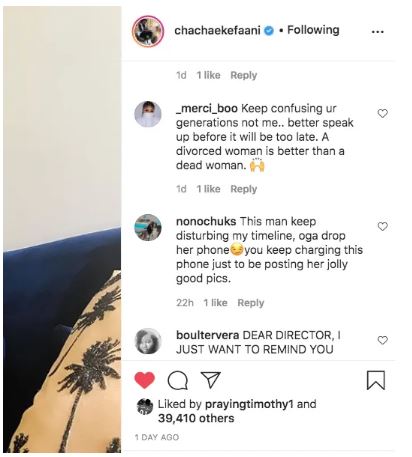 Horror As Man is Hung Upside Down By His Girlfriend’s Parents...