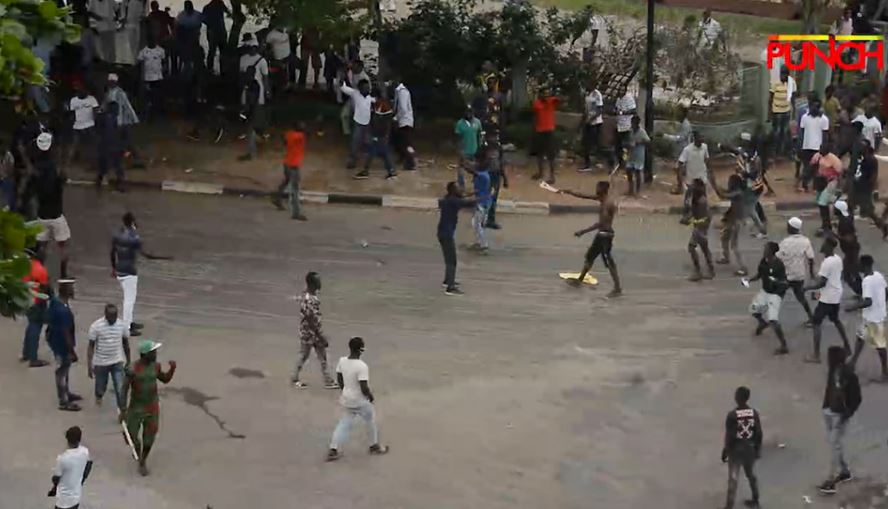 It has been reported that the Peoples Democratic Party and the All Progressives Congress have clashed.

The opposing parties engaged in a war of words over the attack on #EndSARS protesters by armed thugs in Lagos State, according to The PUNCH.

The PDP had earlier indicted Governor Babajide Sanwo-Olu over the attack, giving him 24 hours to fish out the hoodlums that attacked the protesters in Lagos.

“Sanwo-Olu should to fish out all the attackers of the #EndSARS protests within 24 hours and also ensure no such attack occurs anymore. Unless the governor successfully achieves this, he may be an accessory after the fact of the attacks, it does not matter whether he pledged N200 million as compensation to the victims of the protests

The governor would come out as a sincere chief security officer of the State only if he can prove that he really protects the security of lives and property in the state. Such a task is to ensure the security of all peaceful protester in the state,” the Lagos PDP, in a statement by its spokesperson, Taofik Gani, said.

But APC described PDP’s comment as irresponsible in a statement by the party’s Publicity Secretary, Mr Seye Oladejo.

“Our attention has been drawn to the needless and irresponsible politicising of the #EndSARS nationwide protest by the opposition PDP.

“The attempt in the social media, sponsored by the opposition PDP, to hold the state government responsible is, to say the least, the height of bitter politics.

“However, our investigation has revealed that the PDP would like to take advantage of the spate of protest to cause mayhem because of the October bye-elections in the Lagos East Senatorial District.

“Our intelligence has revealed the plans to unleash further attacks on the protesters, especially in the Kosofe Local Government in the days ahead.

“As the ruling party, we are mindful of our role to support the government especially as regards the citizens rights and the delivery of our electoral promises,” he added.

Man Who Refused To Wear Face Mask Dies Of COVID-19

Shocking! How Gunmen Kidnapped Couple About To Get Married In Delta