The Twitter account of the National Broadcasting Commission of Nigeria (NBC) has been taken over by ‘Anonymous’, a popular hacking group.

After hacking NBC, the group used it to tweet support for #EndSARS.

In a series of tweets, the group asked Nigerians to tell them which organization they want to be hacked next.

The group says they are out to expose Nigerian government secrets and dirty files. 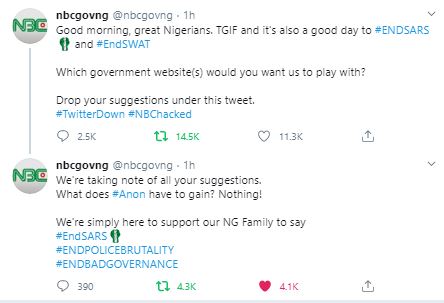 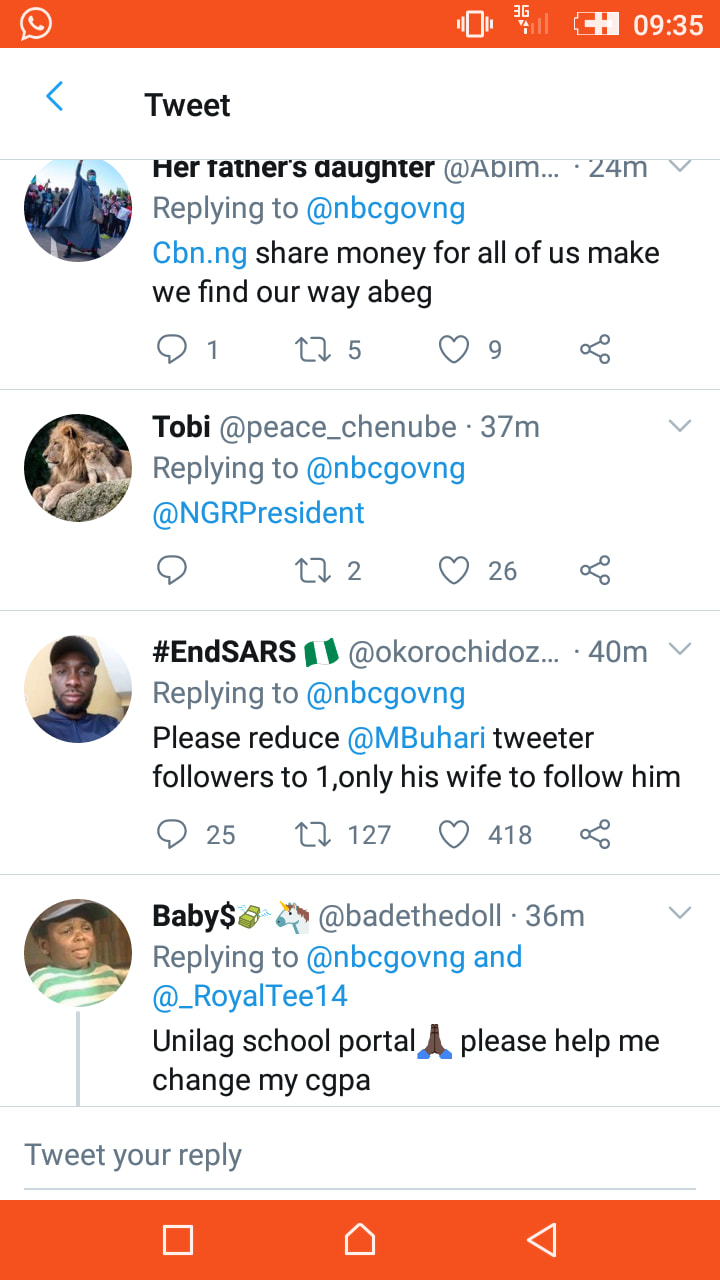