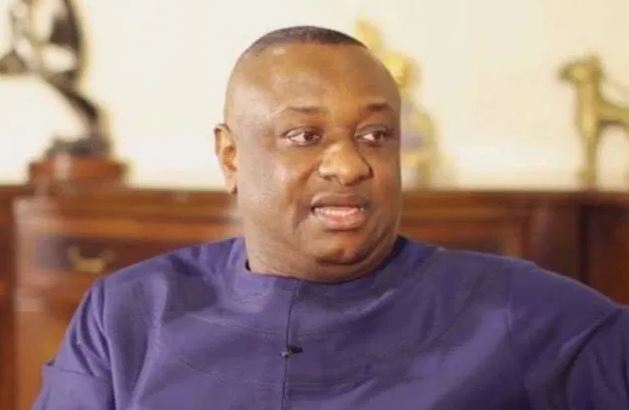 Festus Keyamo, SAN, the Minister of State for Labour and Employment, has told a horrific about the death of his driver.

The Minister of State for Labour and Employment lamented that one of his drivers died as a result of the #EndSARS protest in Abuja on Wednesday.

He narrated that the driver, Mr. Yohanna Shankuk, was hit by a vehicle around the Berger area of Abuja.

According to the minister, the driver died as a result of the protest by youths against police brutality and extortion in the country.

He made this known via his Twitter handle on Thursday.

He tweeted, “I regret to announce that my driver, Mr. Yohanna Shankuk, died yesterday in Abuja as a result of the protests.

“A vehicle that saw advancing protesters at Berger roundabout, made a U-turn, took the one-way back and ran over him as he was making his way on foot to my private office.”

The minister earlier alleged that the ongoing #EndSARS protest rocking the country is becoming a mob action.

According to him, some criminal elements have mixed with genuine protesters to unleash terror on citizens and members of the Nigeria Police Force.

Reacting to one of the five-point demands of the protesters on Tuesday, Keyamo, who spoke in a Facebook Live Chat with The PUNCH, said the Federal Government was not buoyant to increase the salaries of police officer at the moment.

Akeredolu In Early Lead With Over 62,000 Votes