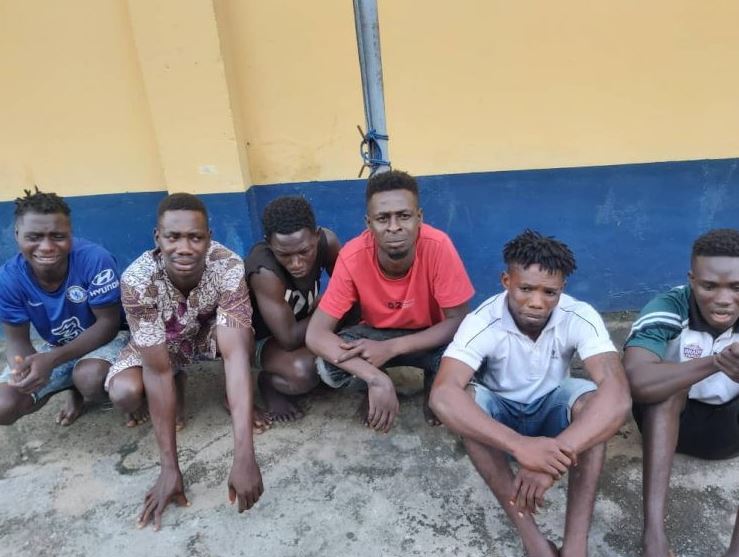 The hoodlums suspected to be cultists destroyed cars around the area during a clash.

Confirming the arrest of the suspects, the spokesperson of the Lagos State Police Command, Muyiwa Adejobi, said at about 9.30pm on Tuesday, the hoodlums trooped out in numbers and started causing trouble in the area, but the police, while responding to distress calls from innocent people, chased and arrested some of them.

Adejobi quoted the Commissioner of Police, Lagos State, CP Hakeem Odumosu, as vowing to get Lagos rid of hoodlums, hooliganism, gangsterism, cultism, and other social vices.

The Commissioner said all hands are on deck in the command to resist any act capable of jeopardizing security networking of the state and causing pains and agonies to Lagosians during the ember months and beyond.

“The Biggest Mistake Women Make Is Thinking If A Man Engages Them And They...

digestng - March 2, 2021 0
Roman Goddess Popular Nigerian socialite, Roman Goddess has reacted to the video of Davido seen with a mystery woman which led to Nigerians dragging...

Is NUPENG About To Shut Down Fuel Stations Because Of #EndSARS...

Drama As Men Are Forced To Do Push-Ups As Punishment For...