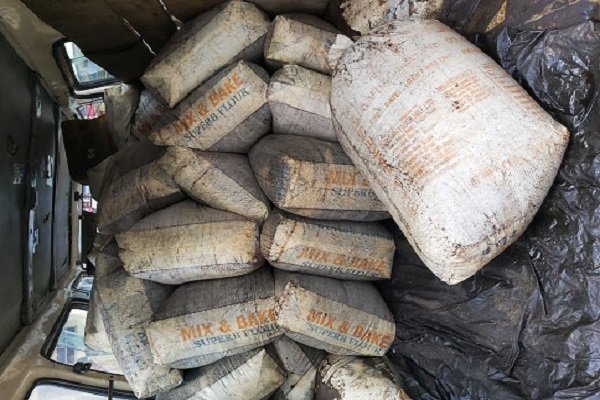 A syndicate of suspected oil thieves, who specialised in conveying illegally-refined petroleum products in haulage trucks from Rivers State to other parts of the South-East, has been bursted by the Nigeria Security and Civil Defence Corps (NSCDC), according to The Nation.

The Rivers State Commandant, Muktar Lawal, who paraded 16 suspected oil thieves in Port Harcourt on Thursday including members of the syndicate, said suspected illegally-refined Automotive Gas Oil (AGO) was stored in many sacks and packed in two haulage trucks conveying crates of popular beer brand.

Lawal, who conducted journalists round the trucks, said the sacks were kept at the middle of the truck with the crates of beer used to surround them to give an impression that the vehicles were conveying only the crates.

Lawal said all the sacks contained about 46 drums concealed in empty crates of beer, describing it as a major breakthrough in the war against crude oil theft.

He said the command also arrested a tanker conveying 48,000 litres of suspected crude oil adding that conveyors of the product took to their heels on sighting a patrol team of NSCDC.

In all, 16 suspects were reportedly arrested.