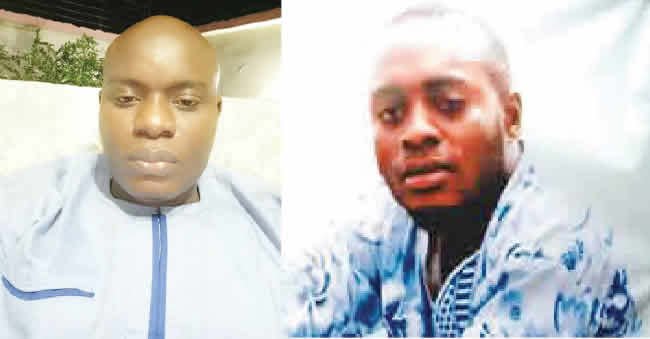 Solomon Obodeh, an Nigerian entrepreneur, has recounted some of the horrors of men of the Nigeria Police Force.

The businessman tells ALEXANDER OKERE how men of the Special Anti-Robbery Squad of the Nigeria Police Force allegedly killed his younger brother, Benson Obodeh, in Benin City, Edo State, in 2015

Can you introduce yourself?

I am Solomon Obodeh. I am an entrepreneur in Jos, Plateau State.

Have you been affected by police brutality?

Yes. I lost my younger brother to officers of SARS on May 21, 2015. His name is Benson Obodeh. As of the time of his death, he was a student and a car dealer.

How did it happen?

He was picked up from his house on May 21, 2015 by officers of SARS. They (four of them) came into Benin City, Edo State, from Ikeja, Lagos, on the suspicion that they tracked a phone to a mechanic whose name was Evans and who happened to be my younger brother’s mechanic that helped him repair cars. There was a particular car, a Peugeot 306, which someone, identified as Favour, brought from Italy to Nigeria. Favour handed the car over to my brother to help him find a buyer. He also handed the photocopies of the Customs clearance to him. The car was not numbered (Tokunbo). Everybody that had a car at the mechanic’s workshop was arrested.

The police came to my brother’s place at Urora in Benin City at night to arrest him but they didn’t meet him. While he was sweeping my sister’s compound the next morning, he got a call and was told that the police came to look for him and had arrested his landlord because they didn’t see him. He wondered why the police were looking for him and went to his place. When he got home, the policemen arrested him and started beating him. My sister was alerted and she went there and called me on the phone. While she was talking to me, one of the policemen collected the phone from her on the ground that she didn’t have the right to talk while they (policemen) were there.

Where was he taken to?

They moved with my brother and the Peugeot 306 to the police headquarters in Benin City. I advised my sister to follow them, so it wouldn’t be a case of unknown policemen, and she followed. When they got to the headquarters, they took the boy to the back of the office and started beating him. One of them told my sister that if she came closer, they would shoot her. She went to get a lawyer but when she returned, she couldn’t find the policemen. That was when the search for him (Benson) began. I had to travel to Benin City but the police said they never arrested any Benson Obodeh and didn’t have it in their records. His neighbour and landlord said they saw when he was brought to the police headquarters, so we wondered why the police denied it. They (police) told us he was in Abuja with the Federal SARS, but when we went there, he was not seen. They said he was taken to Port Harcourt, Rivers State. I went there but he wasn’t there. They said he was at Ikoyi Prison in Lagos; I went there. They said he was at Kirikiri Prison and I went there but he wasn’t there.

What did you do next?

I had to get the media involved and the search gained momentum. At that time, we reached out to the then Inspector General of Police, Solomon Arase (now retired). It was Arase who directed the then Commissioner of Police in Lagos, Fatai Owoseni (now retired), who ordered SARS to give clarification on what really happened to my brother. This happened in July 2015. It was the second-in-command at SARS, Ikeja, at the time that told the Lagos CP that the boy (Benson) died in the cause of investigation in Benin City.

Were you told what his offence was?

Did the police tell you what was allegedly stolen?

They said a car was stolen. But when we saw the police report, we found out that it was full of abnormalities. They were trying to cover up the crime that had been committed. Assuming that he was an armed robber, why was it difficult for the police to let the family know that they had killed him? He wasn’t killed in a shootout. He surrendered himself to the police and he was killed at the police headquarters.

How did you know that he was killed there?

I conducted an investigation into the matter myself because I had to get a court order to print out my brother’s statement of account as his next of kin. I found out that the boy died on May 21, 2015. The landlord that was arrested saw when the police brought Benson and the landlord said the policemen tied his (Benson) hands and legs to a stake, placed blocks on his back and beat him. The landlord told his wife that even if Benson survived, he would be a vegetable because of the level of beating he received. Unfortunately, my brother didn’t make it. They (police) didn’t tell us where his body was; it was after 63 days that I found out that my brother had died. We searched for him for over two months and the police refused to tell us where he was, not knowing that they had killed him and dumped his body at the Central Hospital morgue in Benin City. We had to search before we found his body there. His corpse was registered at the hospital with a false name, Benson Agu, and labelled him as a gunshot victim.

Many victims of SARS brutality allege that officers of the unit stole from them. Was that the case with your brother?

In the course of torture, seeing that he was about to die, they collected his house key, the car and the N200,000 my in-law gave him to deposit in the bank on the day he was arrested. The SARS officers collected the money but that wasn’t enough; they still collected his ATM card and the PIN. There was N332,000 in his account. They withdrew a total of N330,000 from the account.

What is your reaction to the recent protests by Nigerian youths calling for the dissolution of SARS and an end to police brutality?

In fact, Nigerians have more than a cause to protest and I don’t think there is any better time to ask for police reforms than now. In the course of investigating my brother’s death, I met some police officers that were extremely professional in discharging their duties. But the bad ones have refused to allow the good ones to hold sensitive positions in the force and that’s why I think the reforms are actually necessary.

Are you satisfied with the recent dissolution of SARS?

That is just a step. FSARS is just a nomenclature. There are personnel behind FSARS. What happens to them? Where will they go? What intention does the IGP have? What does he want to do with the SARS officers? Is there a plan to reform them? They need reformation. They are like outcasts now. What they need now is a correctional programme before they can return to the police force.

One of the demands of the protesters is justice for the victims of police brutality. Has your family got justice over your brother’s death?

The demand for justice in this clime (Nigeria) is a tall order. My family has been under pressure from outside and within the police to let go of the matter. Five police officers were involved in the killing of my late brother. They are currently at a correctional centre in Benin City. We have closed our case for the past two years for the defence to open its case. But we are still at the State High Court not because it is the fault of the judges. In fact, they have done well. Some senior police officers even went to the Edo State Ministry of Justice, telling them to leave the case. When it comes to justice, it is a tall order. But Nigerians should continue to speak out against police brutality because it serves no good to society.S

digestng - October 23, 2020 0
Ijora youths stop hoodlums from vandalising Oba's palace    Hoodlums trying to destroy the palace of a monarch in Lagos have been stopped by youths...

Zlatan Ibile’s Baby Mama Says She Is Not His Property

Newborn Baby Girl Found Inside A Bin Bag With A Knife...