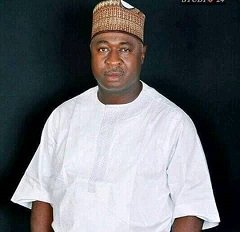 Aowe who was a former chairman of the Dekina Local Government Area in Kogi state has died today.

Akowe died, four days after being shot by unknown gunmen in Ayingba area of the state.

The Nation reported that he died on Saturday morning at the National Hospital Abuja where he was being treated.

‘Stop Showing Off And Help Poor People Around You’

How President Buhari Reacted To The Slaughtering Of 43 Farmers By...