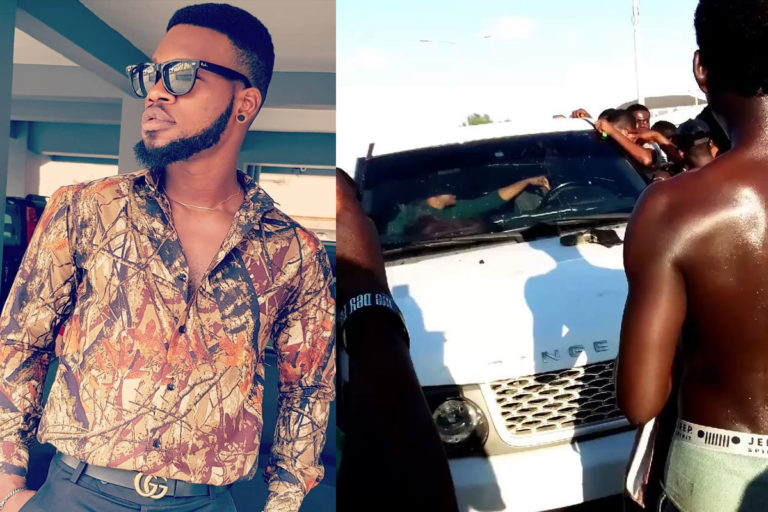 After suspected touts cornered him and extorted money from him before damaging his car, Nigerian musician and comedian, Samuel Perry better known as Broda Shaggi has cried out on social media.

It was gathered that, the touts forced him to part with some money and also damaged his expensive car.

The comedian who was visibly upset. The incident happened while he was on his way to the Lekki Toll Gate protest when his path got blocked by the touts.

His car windshield, Side Mirror, Back Light was broken with many scratch. He was on his way back to Lekki Toll gate to protest.


He had to pay 10K before he was allowed to go. I believe this protest is for all of us and not to inconvenience ourselves

Drama As Ghanaian Parliamentarians Exchange Blows Over Who Takes The Majority...