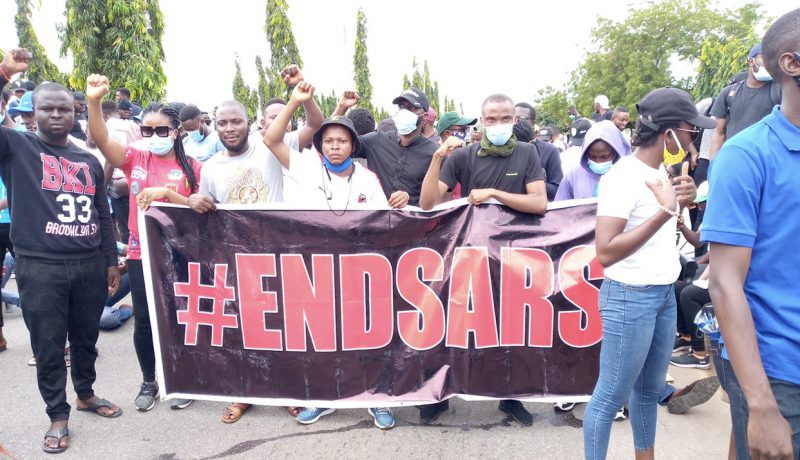 Some Nigerian youths have taken over third mainland bridge protesting against police brutality.

The youths took over the Adekunle section of Third Mainland in Lagos State.

According to Punch, the protesters only allowed vehicles on emergency services to pass.

It was learnt that the protesters had earlier marched to Panti and Adekunle Police Station in a bid to register their grievances.

One of the protesters, Dotun, said that taking the protest to Panti was deliberate.

Against reports that the protesters burnt Adekunle Police Station, Dotun said, “We did not burnt the station or attacked anyone there. We just stood near the gate and that of Panti to show our pains. We know that they have many SARS operatives there.”

Youths took to the streets again in Lagos State on Monday as a movement against police brutality snowballed into calls for good governance in the country.

According to Amnesty International on Monday, at least 15 people have been killed, including two policemen, since protests started.

Amnesty had reported a death toll of 10 last Thursday, a week after the protests erupted.

Check Out The Luxurious Apartment Of BBNaija Housemate, Kiddwaya In Dubai...

Joe Biden Says There Shouldn’t Be A Second Debate If Trump...

Soldier Sentenced To 12 Years In Prison After Boasting To His...