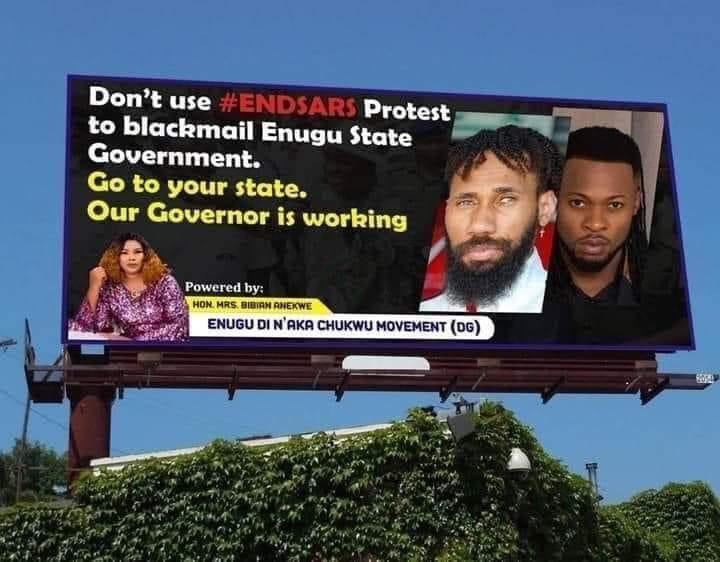 A Nigerian musician, Patrick Nnaemeka Okorie aka Patoranking has slammed the government of Enugu state over a billboard asking Phyno and Flavour to return to their states and protest police brutality.

Patoranking described the billboard as shameful from the government. 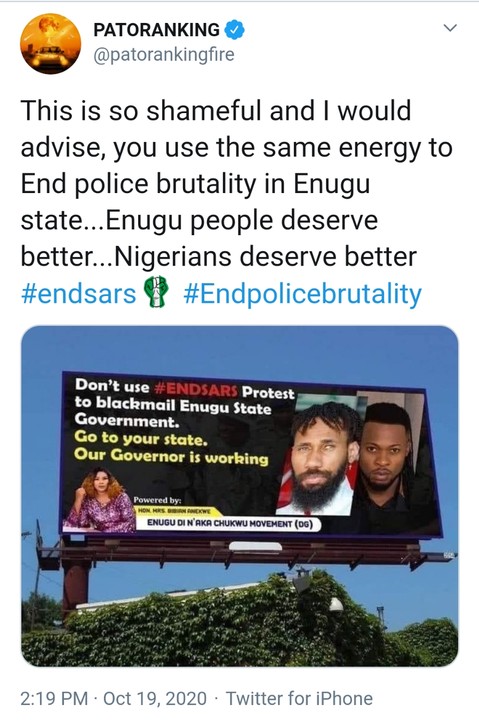 “This is so shameful and I would advise, you use the same energy to End police brutality in Enugu state…Enugu people deserve better…Nigerians deserve better #endsars #Endpolicebrutality.”

Recall that Phyno and Flavour have been at the forefront of the campaign against police brutality in the state.