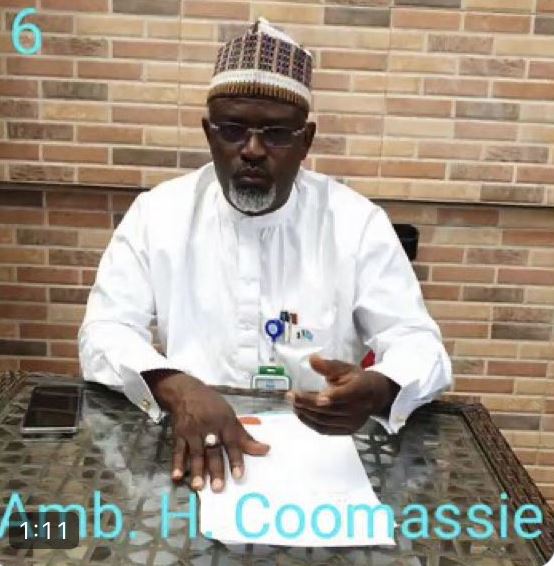 
Following his earlier statement, asking President Buhari to handle the #EndSARS protesters with an iron fist, Ambassador Hussaini Coomassie has apologised after he was dragged online.

Recall that the United Nations’ Ambassador for Peace and Social Justice had asked President Buhari to tackle Nigerians who are protesting against police brutality with force. He also told the President to deploy the military against the protesters who according to him, will not try such during Obasanjo’s administration.

However days after being called out, he has now tendered an apology. He affirmed that he has a right to his opinion as a Nigerian but is sorry for the way his comment was interpreted.

“My Burnt Property Is Worth N50m”