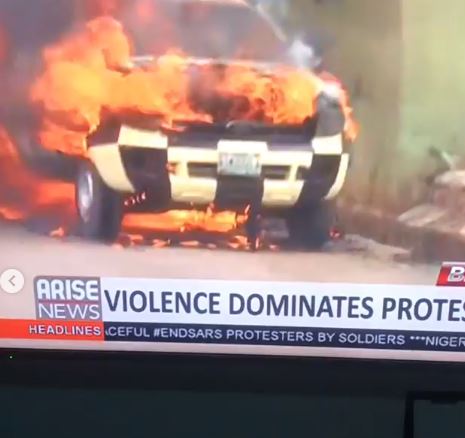 Following the on-going chaos in Lagos State after the Nigerian army opened fire on unarmed protesters at Lekki tollgate, an angry mob have set  the Lagos state command of the Vehicle Inspection Office (VIO) in Ojudu area of Lagos state ablaze.

Here are the videos which captured moment security operatives arrived the facility below;

“Two Presidents Will Die of COVID-19, US Will Be Overtaken in...