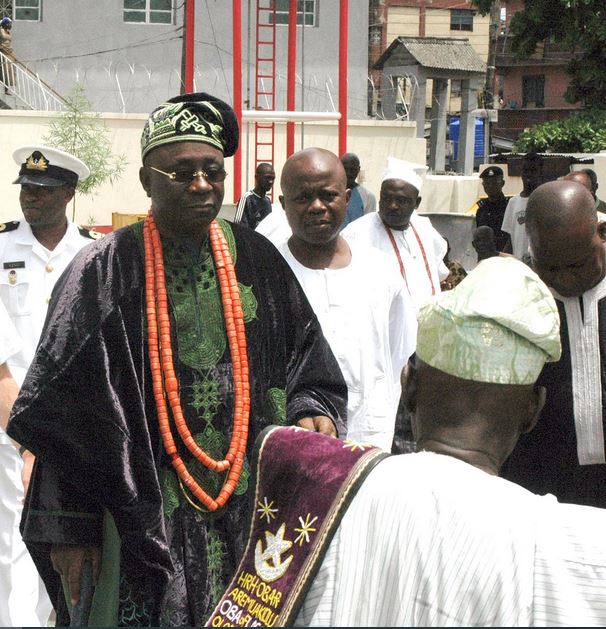 On Wednesday, October, 21, a group of hoodlums invaded the Palace of the Oba of Lagos located at Iga Idugaran, destroying vehicles and making away with several artefacts.

In a video which has gone viral on the Internet, the thugs are seen making away with the staff of office commonly referred to as ‘Opa Ase’.

A resident of Lagos Island told The PUNCH that the thugs who invaded the palace were the same ones who set the family home of Governor Babajide Sanwo-Olu ablaze.

“When the thugs went to attack Sanwo-Olu’s father’s home, some of them were shot by the police. This infuriated them and they were able to engage the police in a gun duel and overpower them. The policemen, who are attached to the Adeniji Adele Police Station, quickly made a retreat.

“The angry youths made their way to the Palace of the Oba of Lagos. They claim the king is part of the government. The thugs have only been attacking government institutions,” he said.

Palace of Oba of Lagos under attack #EndSARS pic.twitter.com/kalmHKZQWC

digestng - November 28, 2020 0
Samuel Ogunwole As he continues to lie down very quietly on a cushion, Samuel Ogunwole, a very young Nigerian boy looked gaunt and spent....

Rapper, Cardi B Officially Files To Dismiss Divorce With Offset

“Get Approval Before Using Corps Members’ Uniform In Movies”

‘Chacha Is Now Safe With Me’