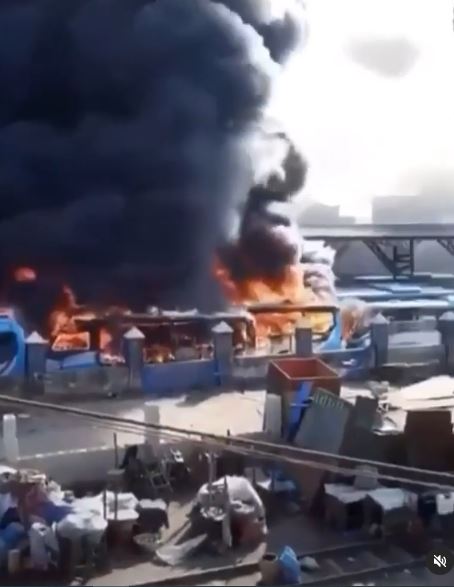 A video Of Oyingbo BRT park on fire currently in flames has surfaced online.

It was alleged that hoodlums set ablaze the BRT buses at its park during the early hours of the morning, today being October 21st.

The youths of the country organised a peaceful protest to fight against police brutality and extra-judicial killings in the country.

Nigerian Soldier Killed In Clash Between Customs Officers And Smugglers A...

Russian Lady Inks Tattoos Of Flavour’s Face, Says He Is The...