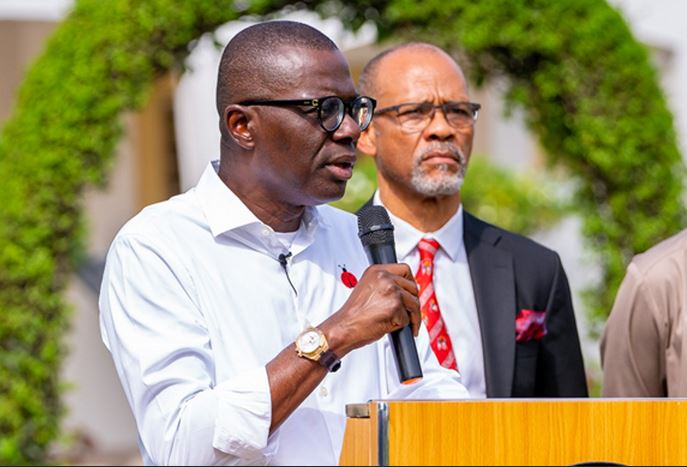 Governor Babajide Sanwo-Olu of Lagos state, has said the CCTV camera at the Lekki toll gate were not removed.

He has insisted that he did not order the removal of CCTV cameras from the Lekki toll gate on Tuesday.

Sanwo-Olu disclosed this while addressing residents in a state-wide broadcast on Thursday morning.

He agreed with the MD of the LCC, who claimed they took the decision to take out the installations because of the 24-hour curfew.

According to Sanwo-Olu, only the laser cameras for vehicles were removed and security cameras are still available.

The security cameras captured the tragic incident at the Lekki toll gate and will be used for investigations.

“Nobody ordered the removal of cameras at the Lekki toll gate. The MD of LCC said because of the curfew, they made the decision to take out installations.

“The cameras you saw are not security or motion cameras, they are laser cameras for vehicles.

“The security cameras are still available, and we are using them for our security investigations,” Sanwo-Olu said.

Sanwo-Olu imposed the curfew on Tuesday, following over 10 days of End SARS protests around the state.

Hours after the initial 4pm time it was to start, men believed to be officers of the Nigerian Military opened fire on the protesters who gathered at the Lekki toll gate.

‘I Felt Pressured To Marry Chioma’

The Strike Is Not Ending Soon, Look For Alternative Means Of...