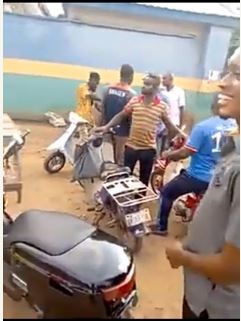 Some hoodlums have attacked the Nnewi police station before releasing motocycles impounded by the police.

The station was also set on fire.

A video of the hoodlums celebrating after releasing the motorcyles has circulated on social media.