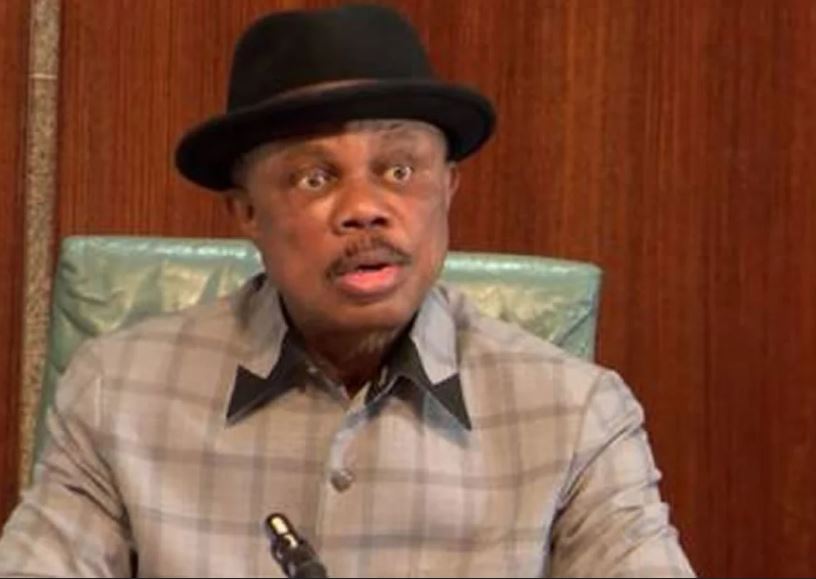 Willie Obiano, the Anambra State Governor, has declared a curfew in the state.

The governor on Thursday, declared a 24-hour curfew state-wide as violence spread in different parts of the state, according to The PUNCH.

Hoodlums had burnt the Nnewi Central Police Station and killed two persons around 11pm on Wednesday.

Banks and schools in the state had since shut down as the rampaging thugs attack residents and loot shops.

The governor said he was forced by the prevailing circumstances in the state and in the country to do declare the curfew.

In a state address on Thursday, Obiano said, “I am compelled to address you today by the growing tension across the country ignited by recent efforts by Nigerian youths to ask for a better Nigeria.

“While our beloved state remains largely safe and isolated from the boiling sea outside, we have also recorded a few unpleasant incidents in our domain and there is justifiable anger in the land. But we cannot give it a chance to consume us all.

“Consequently, we are taking precautionary steps to prevent further descent to lawlessness in Anambra State by imposing a 24-hour curfew with effect from 8pm today until we bring this rising tension under control.

“Therefore, all schools and markets in Anambra State are hereby closed. All gatherings by groups and associations under any name or label from 8pm are banned. The law enforcement agencies in the state have been duly directed to enforce compliance.

“However, all law enforcement officers charged with ensuring compliance to the restriction on movement must resist the temptation of applying excessive force while attempting to bring the situation under control.”