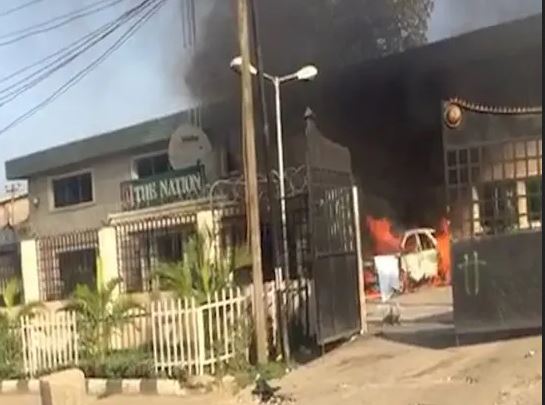 
As the on-going chaos in the country deepens, some thugs have set the office of The Nation Newspaper ablaze.

The print news platform is linked to the former governor of Lagos and national leader of the ruling APC, Bola Tinubu.

A reporter with the newspaper told newsmen that the Police and the fire service have been called to address the situation.

The office is located at Fatai Atere way, Mushin, Lagos.

Earlier, Television Continental (TVC) was also set on fire by hoodlums. TVC is, like The Nation, believed to be owned by Mr Tinubu.

Emotional Moment Lady Knelt And Presented Her 2 Degrees to Her...

We Arrested An #EndSARS Protester For Armed Robbery In Ogun -Police