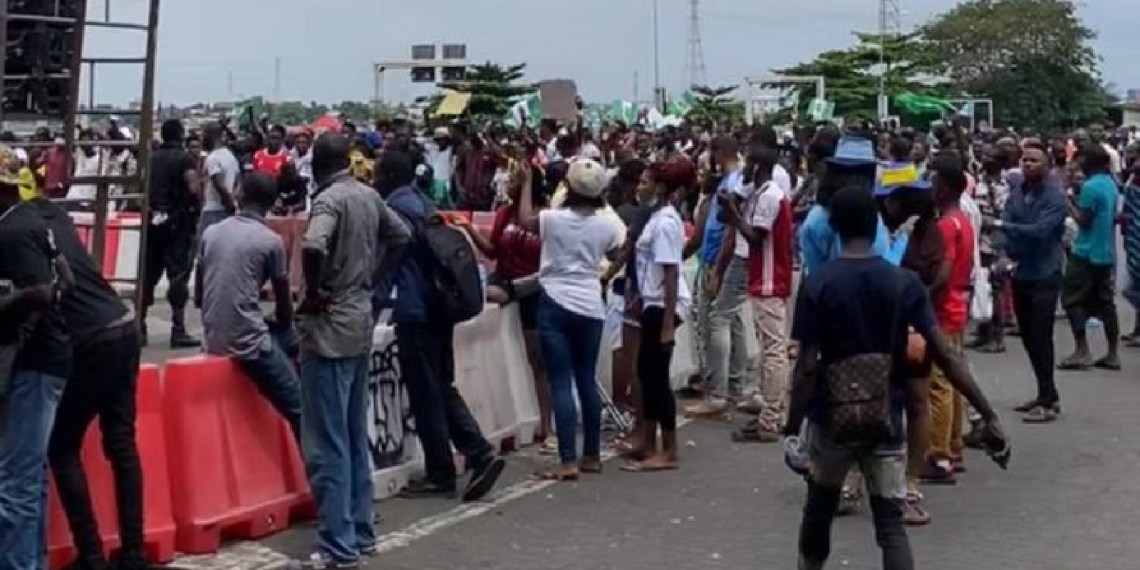 The government of Lagos state has confirmed two deaths after security operatives opened fire on unarmed protesters at Lekki toll gate on Tuesday.

The deaths were confirmed on Thursday by the Lagos State Governor, Babajide Sanwo-Olu in an interview with Arise TV.

He had earlier said there was no death from the Lekki shooting.

On Wednesday, however, Mr Sanwo-Olu said one death was recorded in the hospital but the state was still investigating whether it was as a result of the shooting.

“Information reaching us now is that a life was lost at Reddington Hospital due to blunt force trauma to the head. It is an unfortunate and very sad loss. This is an isolated case. We are still investigating if he was a protester,” he posted on his Twitter handle.

On Thursday, Mr Sanwo-Olu said two deaths have now been confirmed among the protesters in Lekki. It is unclear whether the patient he formerly posted about is among the confirmed deaths.

The Lekki shooting occurred around 7 p.m. on Tuesday when soldiers opened fire on unarmed protesters who were holding a peaceful protest at Lekki toll gate.

The #EndSARS protest, a campaign against police brutality and for the reform of the police, has been holding in different states of Nigeria for more than two weeks.

The protesters at the Lekki toll gate had been protesting peacefully for about a week before Tuesday’s incident, which has been condemned locally and internationally, including by Mr Sanwo-Olu.

While the protest in some parts of the country had turned violent, mainly after security officials attacked protesters, that of Lekki remained peaceful and well organised with the protesters even clearing their garbage.

However, on Tuesday, hours after a curfew announced by Mr Sanwo-Olu on the state was to commence, soldiers opened fire to disperse the protesters.

Amnesty International estimates that 12 people died from the Lekki shooting and a similar one in Alausa, Ikeja.

Mr Sanwo-Olu has condemned the attack and said he was not involved in the deployment of the soldiers.

Speaking on the shooting on Thursday, Mr Sanwo-Olu said he has “no knowledge about the protocols of the military and how they come out of their chain of command”.

“I don’t know how the officers got it all wrong because the instruction was that police won’t be out until 10-10:30 p.m. when all citizens should have gotten to their various homes. This is totally against what we stand for.

“The army does not report to me, I have reported the matter to the highest command in the military,” he said.

The governor said the state will investigate the incident and urged residents with factual evidence on additional deaths from the Lekki shooting to submit them to a panel of inquiry he intends to set up on the shootings.

“It’s not something we are going to gloss over. A judicial panel will be set up to investigate it. I have escalated it to the highest level of the military,” he said.